My original plan was to spend a few days in Edmonton, but the lack of any response from my contacts there disuaded me.
So the plan was changed to head south.
Mainly, because I was told by many people along the way about the Dinosaur museum at Drumheller and the "amazing" ride through the Icefield parkway.
This would mean a detour through to Calgary instead.

Unfortunately, as I left Jasper, the weather changed dramatically, and heavy thunderstorms and clouds rolled in.
So my camera was packed away for most of the first couple of days to save it from the heavy soaking I was receiving! And all I saw was grey, fog, mist and rain. But occasionally I did get a few pretty pictures. 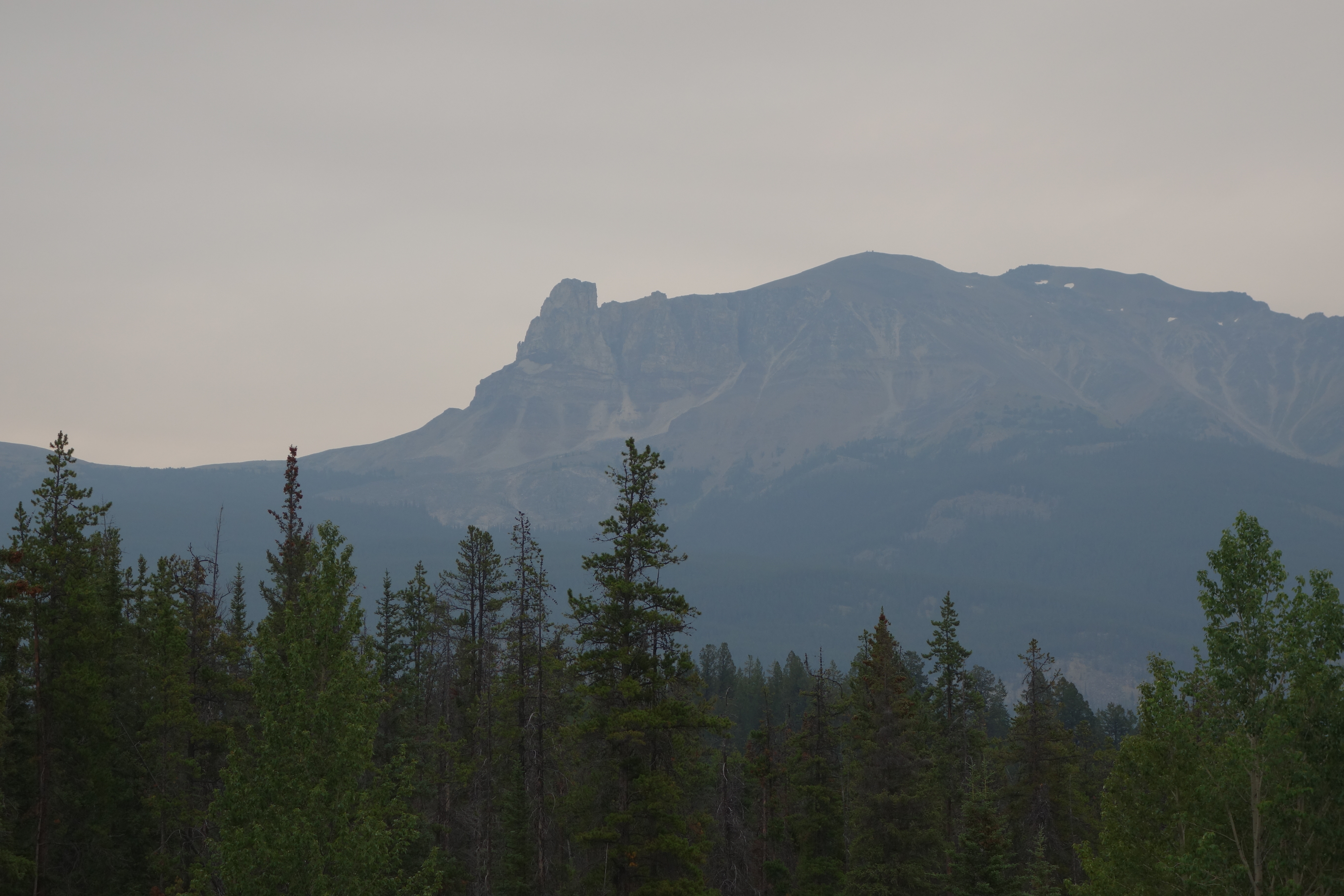 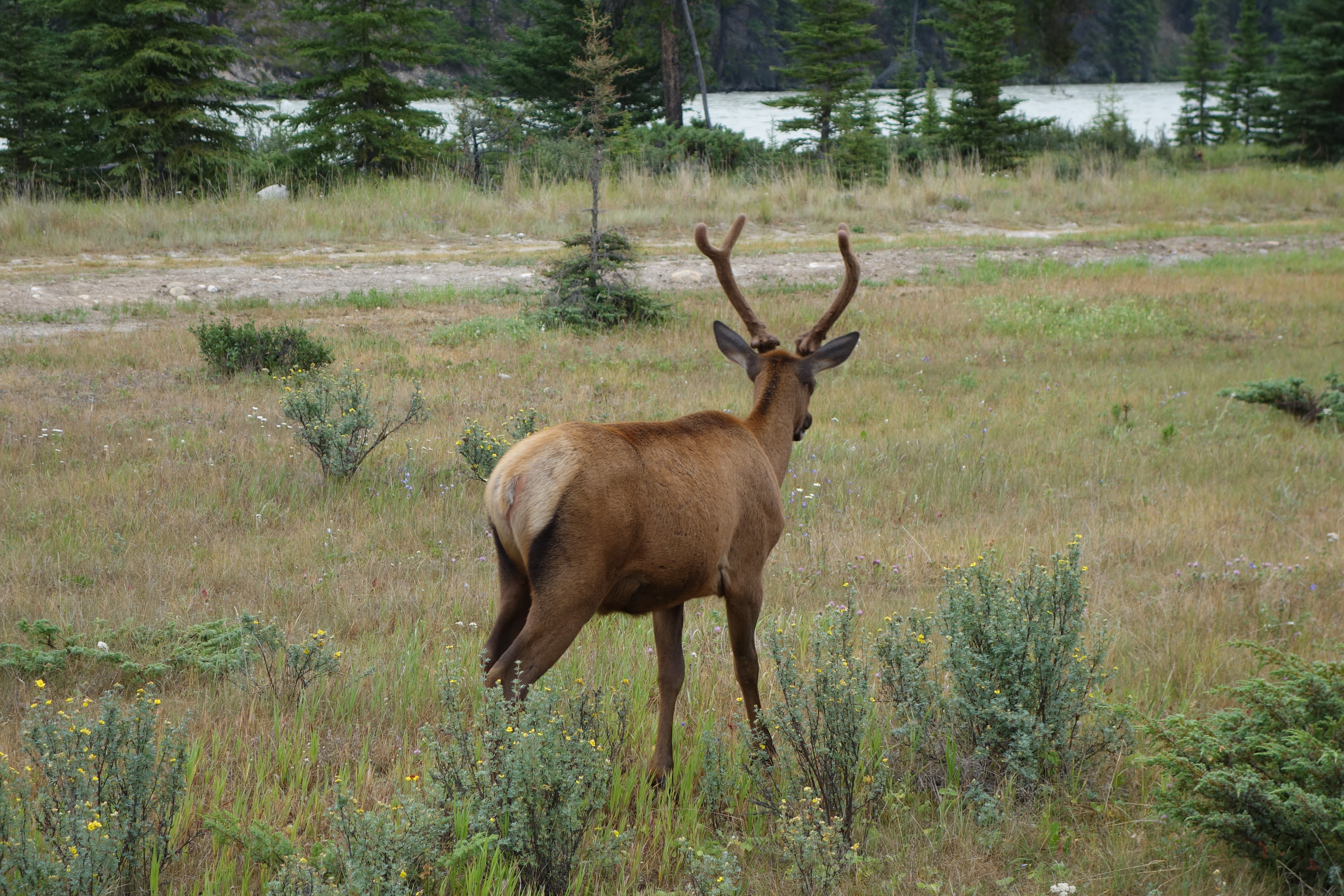 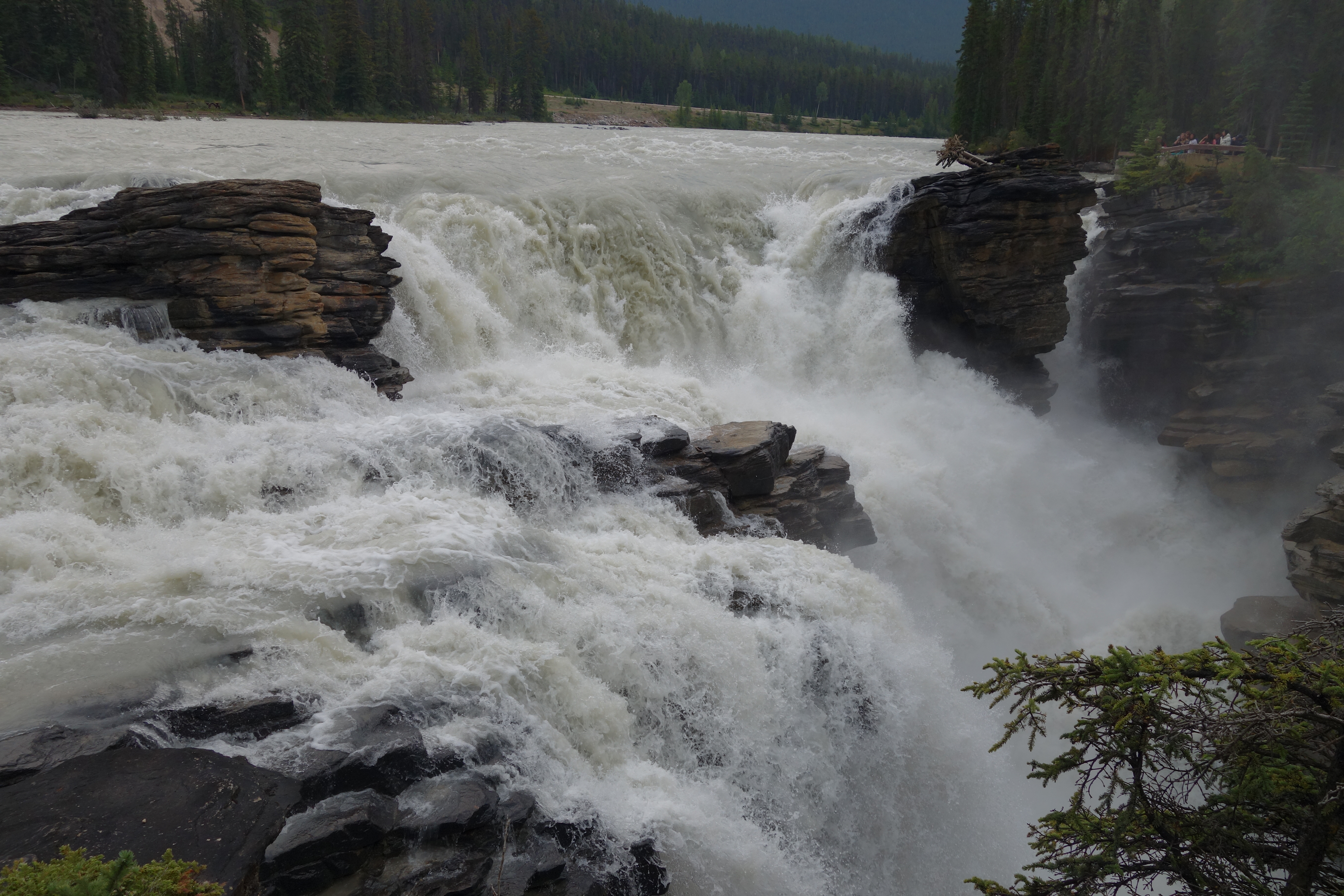 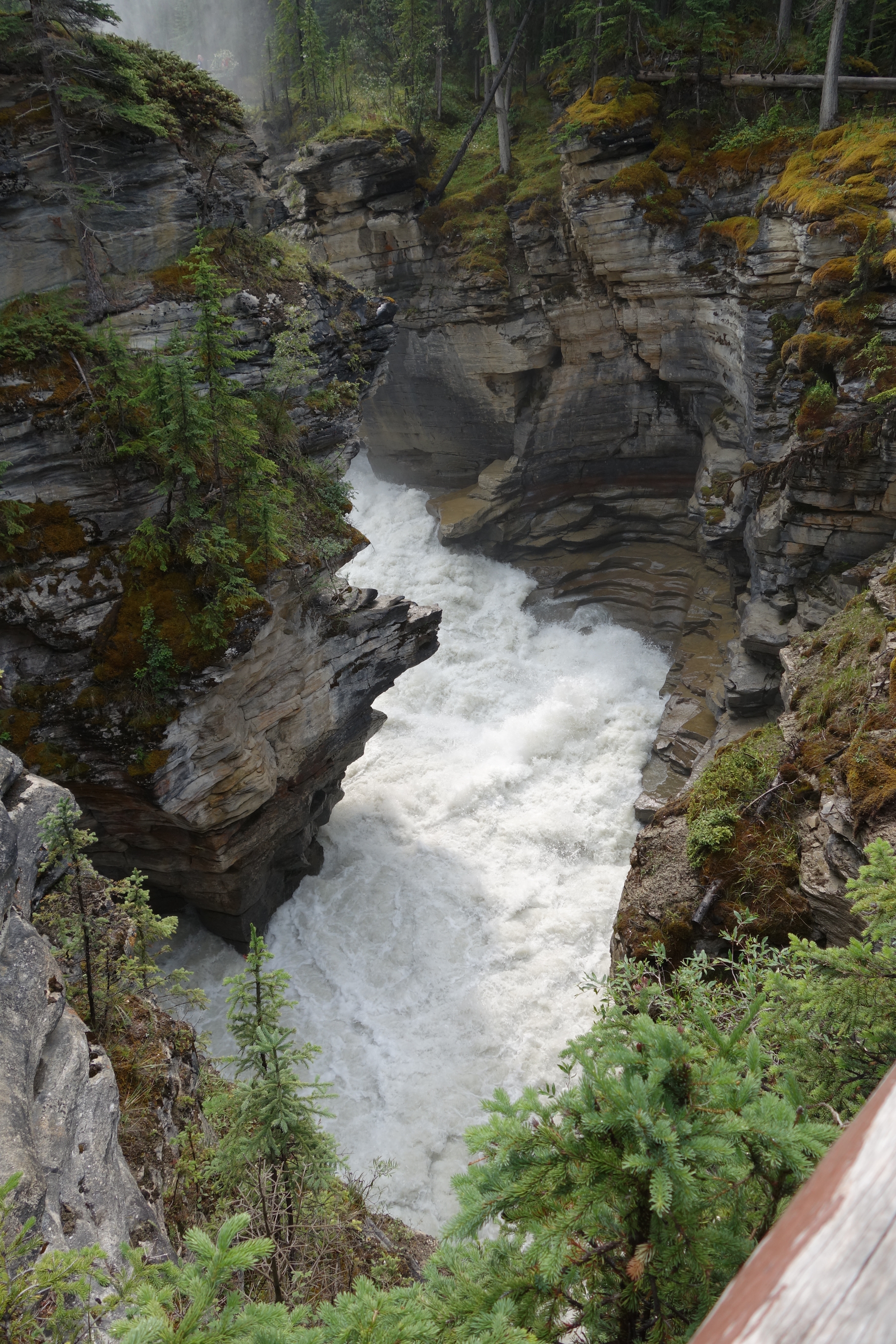 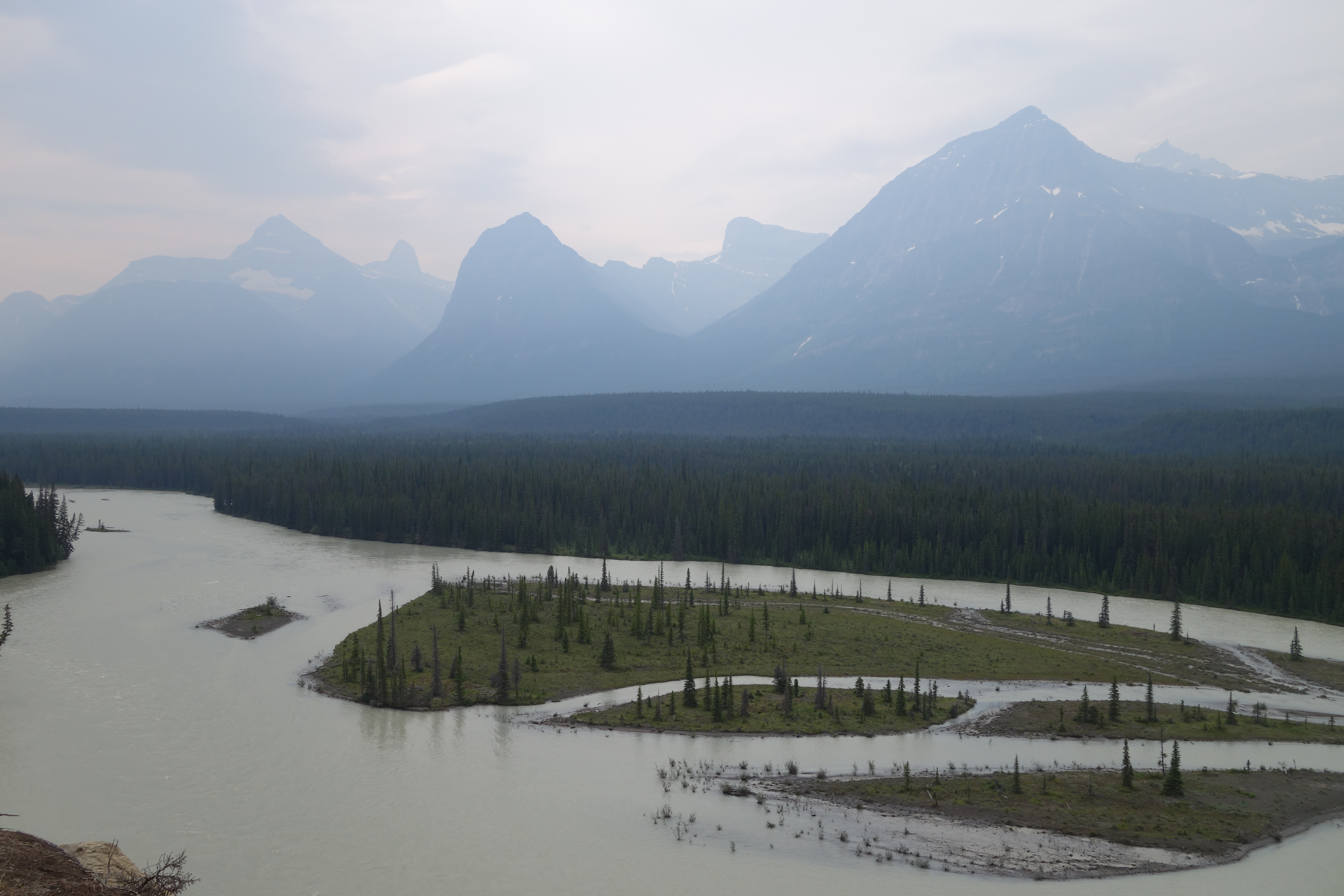 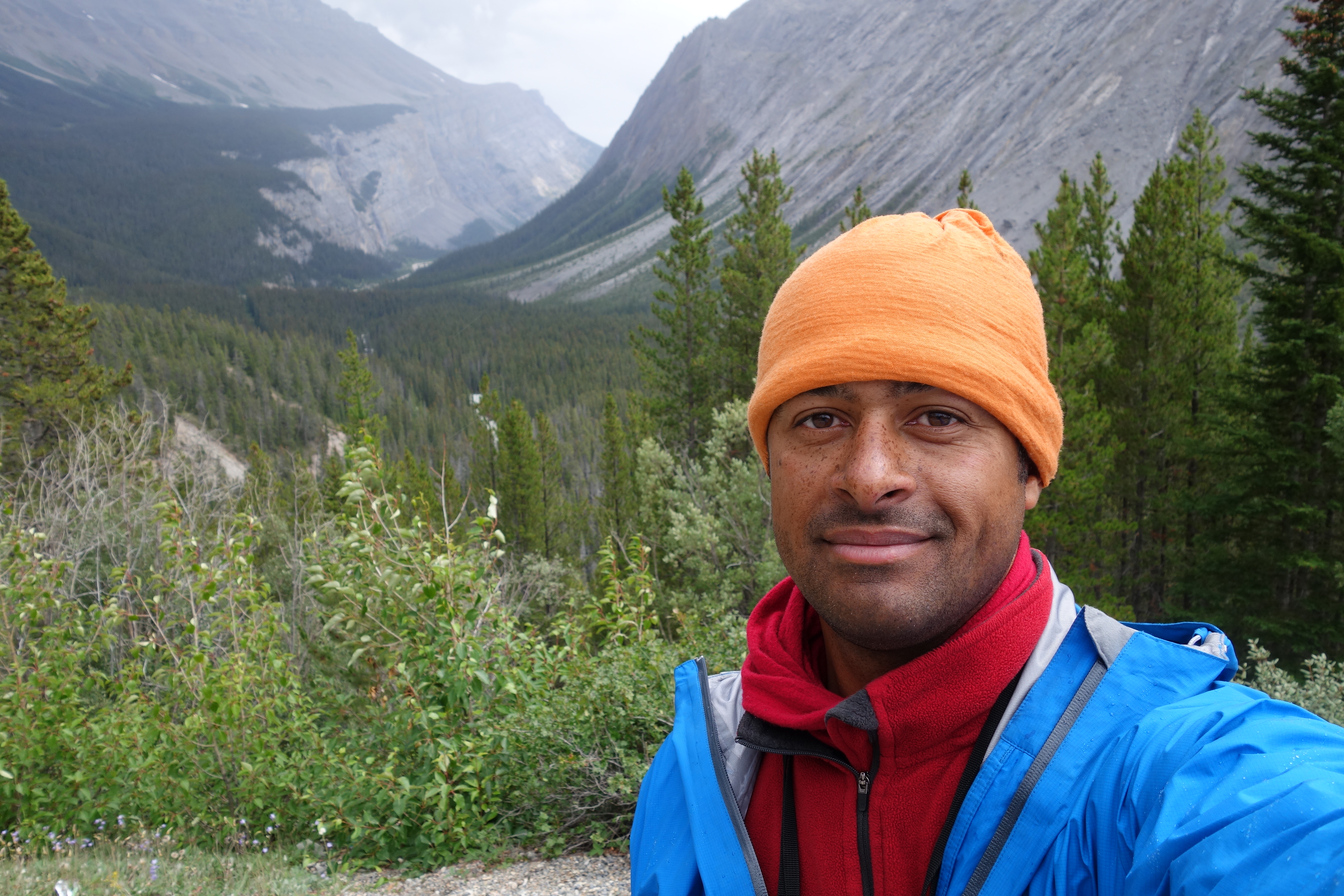 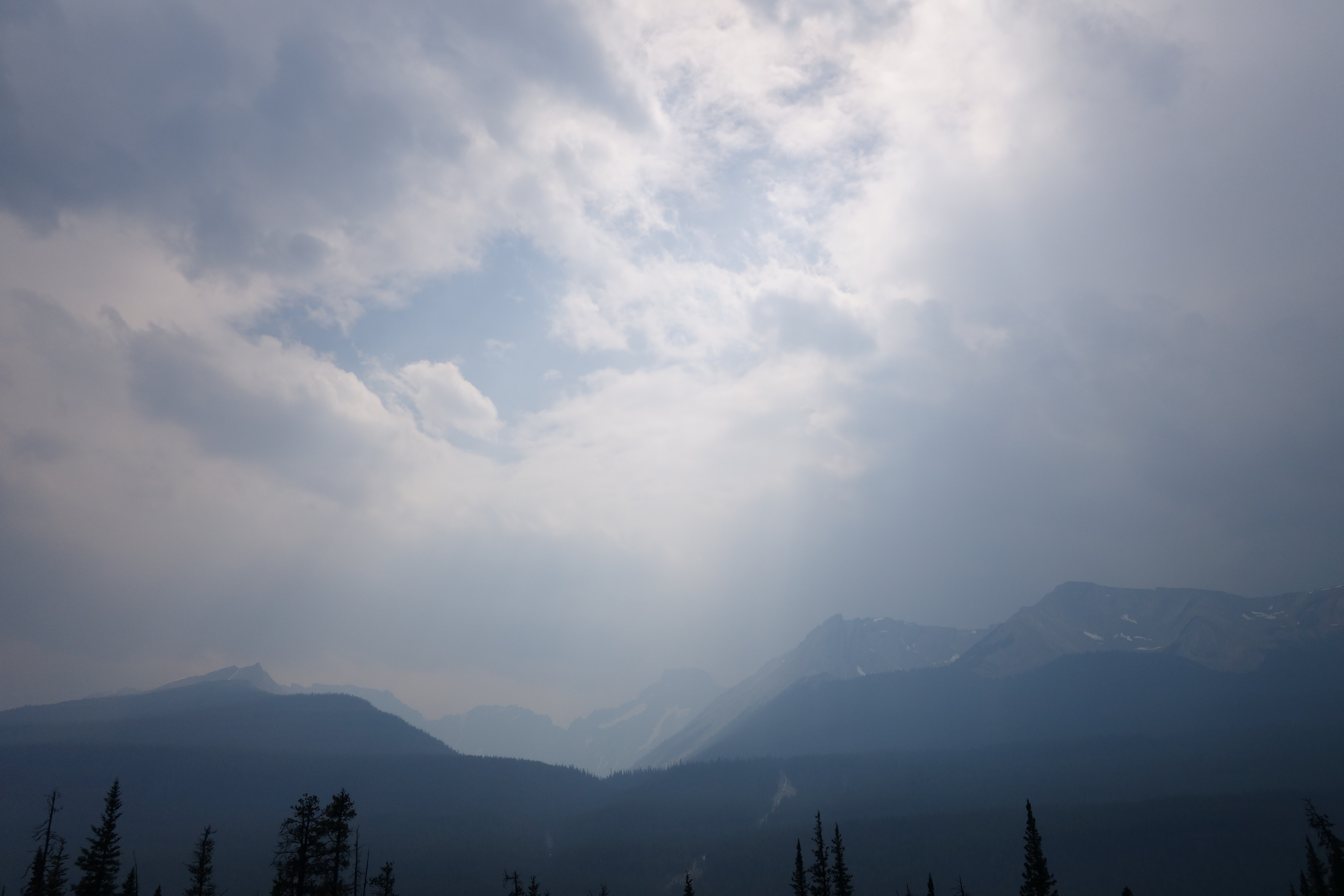 Further along the road, after a very steep climb, I found the newly opened Glacier Skywalk. A few moments later and $26 poorer, I walked across 30mm of reinforced glass to stand over almost 300 metres of open space supported by several hundred tonnes of steel and Hydraulic dampers. I probably would have stayed on longer, had it not been for the schoolkids deliberately jumping up and down to "test" the glass! I'm not scared of heights, but there are limits to my endurance too.
From here, though you could see the effect a forest fire was having further south. Many of these photos appear grey and faded, not just because of poor weather, but also because of the vast amounts of smoke in the air. 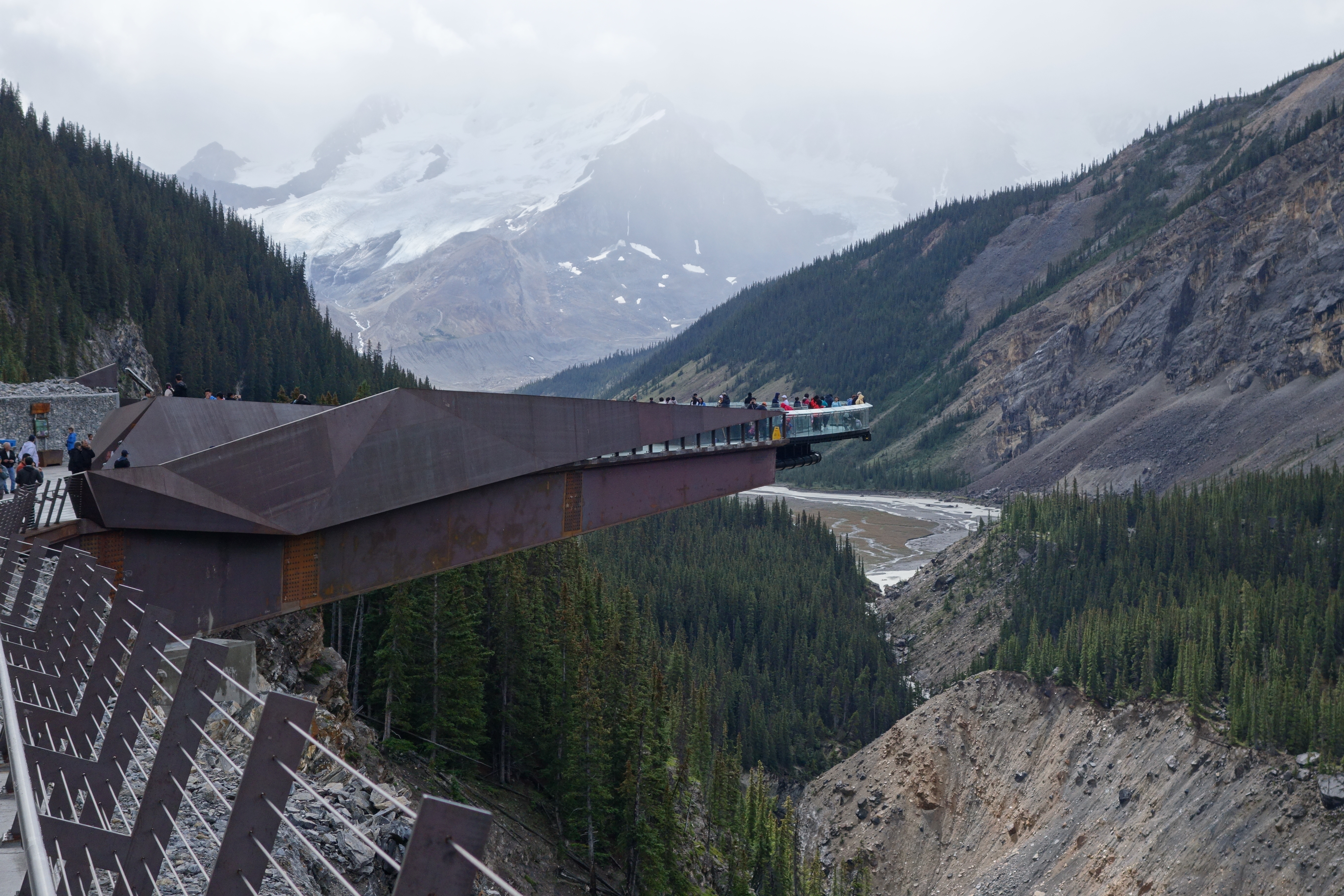 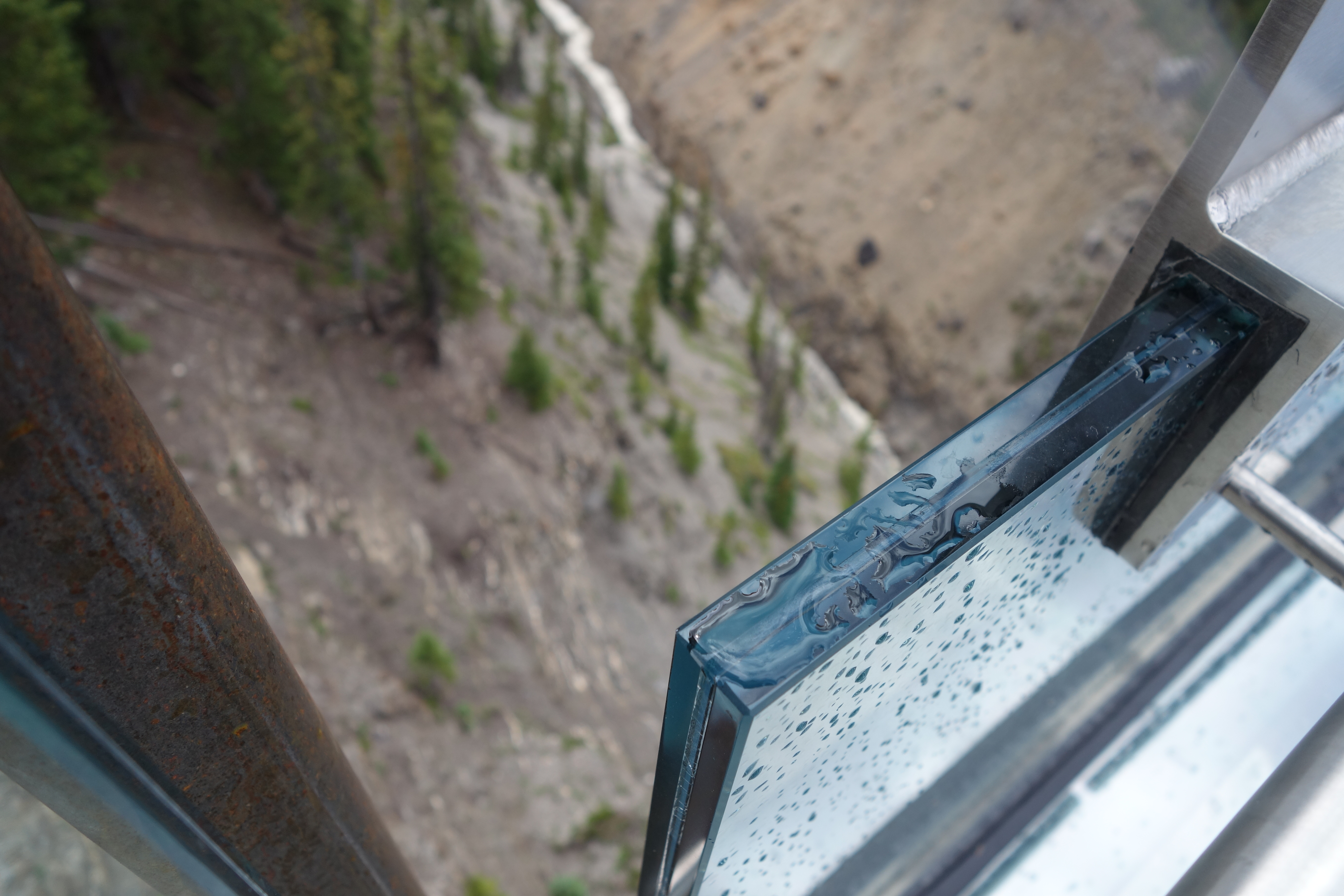 I met a few cyclists along the way. A french couple also hoping to travel to Patagonia and a group of 3 Canadians who passed me by several times over the days. They were travelling light and staying in motels as they had limited time, but on the 3rd day Kim, Sebastian and Ihor were all soaking in the rare sunshine (and ant bites!) when I came across them that day.
I had travelled much further than I expected and I was planning on stopping in a Youth hostel that evening because of the bad weather, I was invited to use the last bed of a prebooked motel by the threesome whose 4th member had dropped out at the last minute.
Arriving at the motel in heavy rain we quickly unloaded our bikes and formed an orderly queue for the shower! Then hit the bar for food and relax! 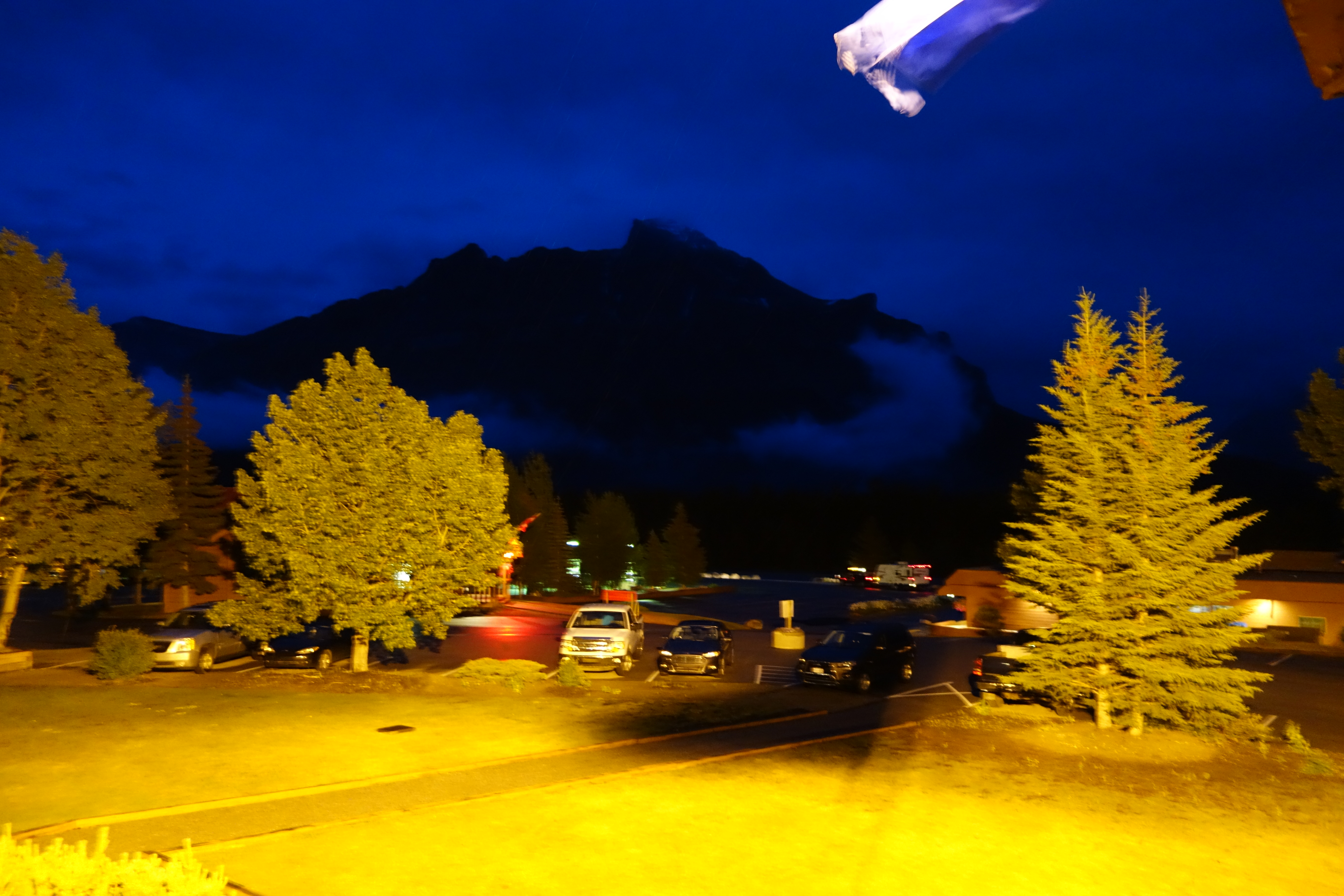 The following morning the rain was heavy again, but resulted in the fire (which it turns out was literally just across the road!) had been extinguished so the road had been fully reopened. The three guys travelled ahead and I met up with them several times, but unfortunately misunderstood our scheduled lunch stop and bypassed it accidentally. 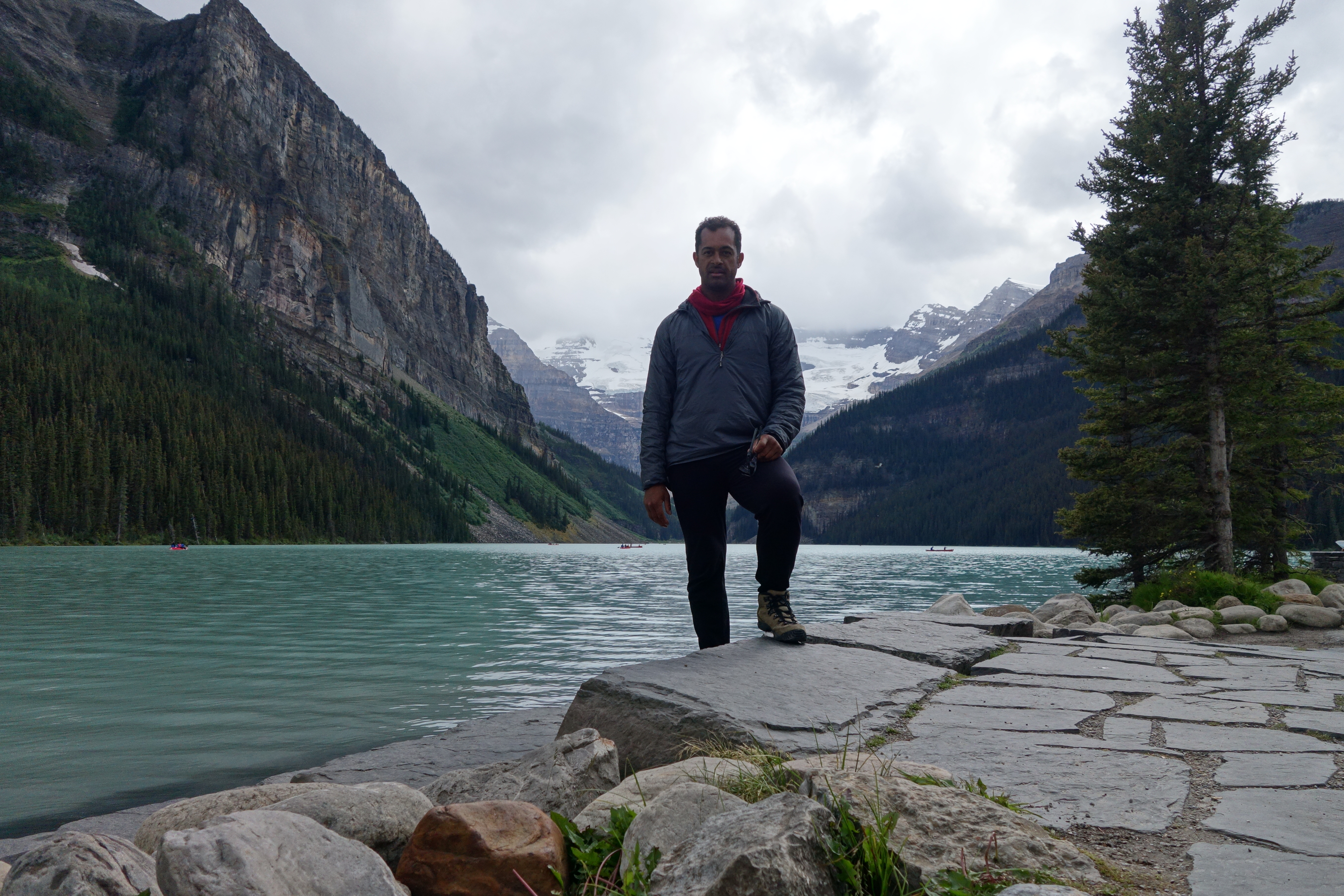 I arrived in Lake Louise about an hour before them and joined them in the final 4 km climb to their finish line at the lake itself. From Lake Louise, I travelled the tranquil Bow valley parkway through annoyingly touristy Banff, then on to Canmore where I bumped into the French couple again. We camped at the municipal ground there and had a bad night sleep as some council genius thought it would be wise to put the site between two major highways and a continental railway line! 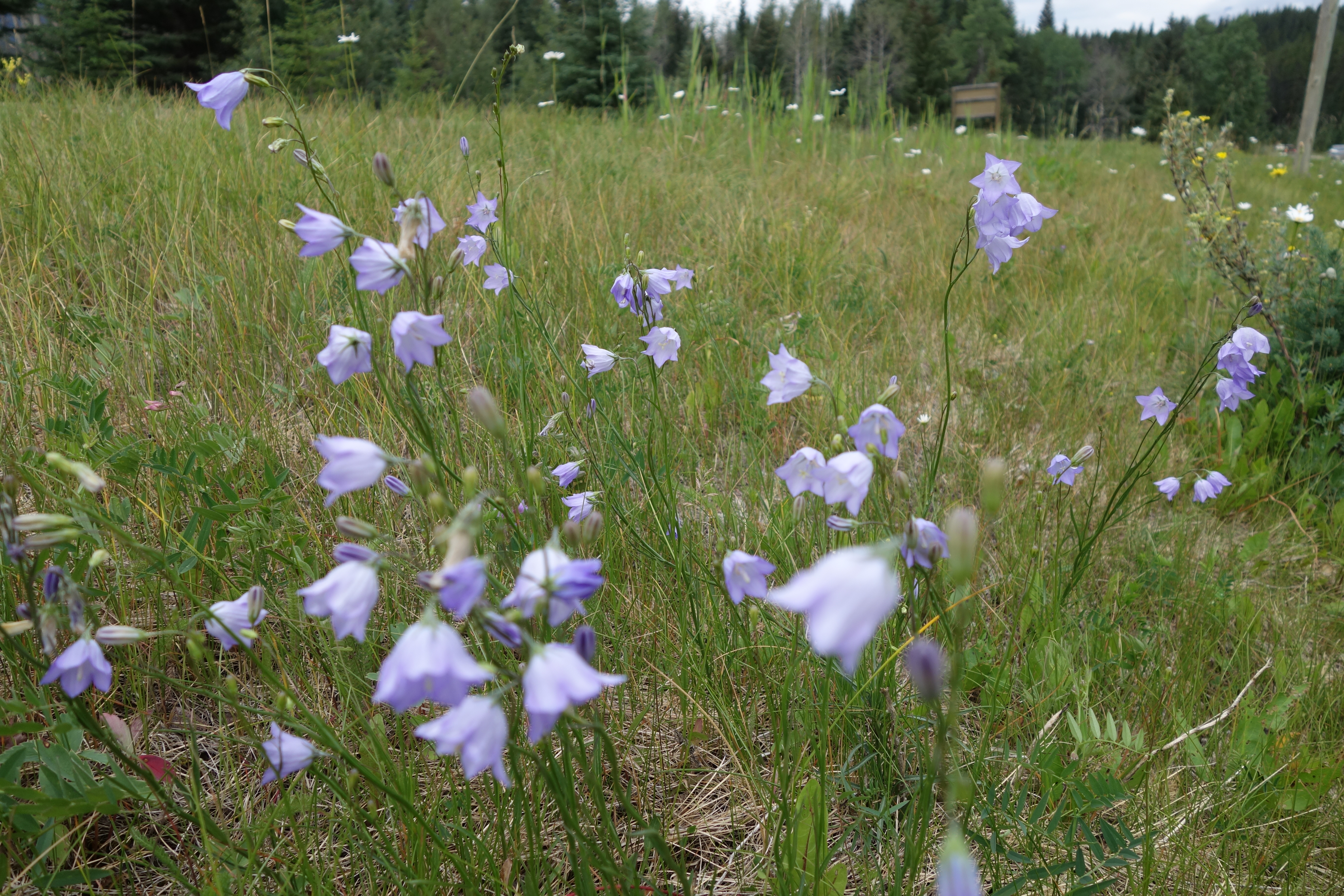 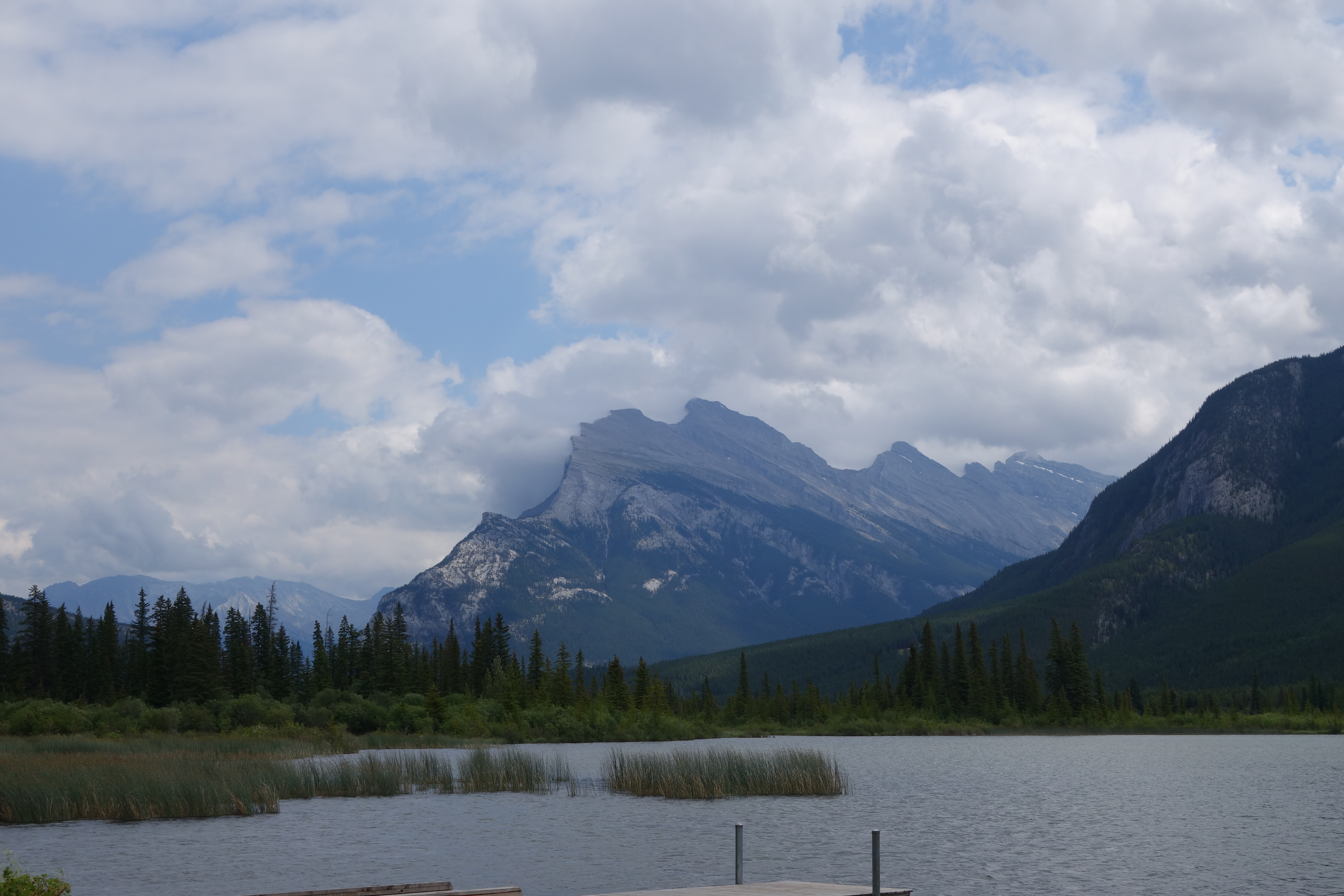 I am surprised there are not more car crashes in Canmore. Not because of poor driving, but because of the breathtaking mountains that form a backdrop to the town.
In every direction, you see stunning peaks cliffs and craggs, made more impressive by the return of the sunny weather. 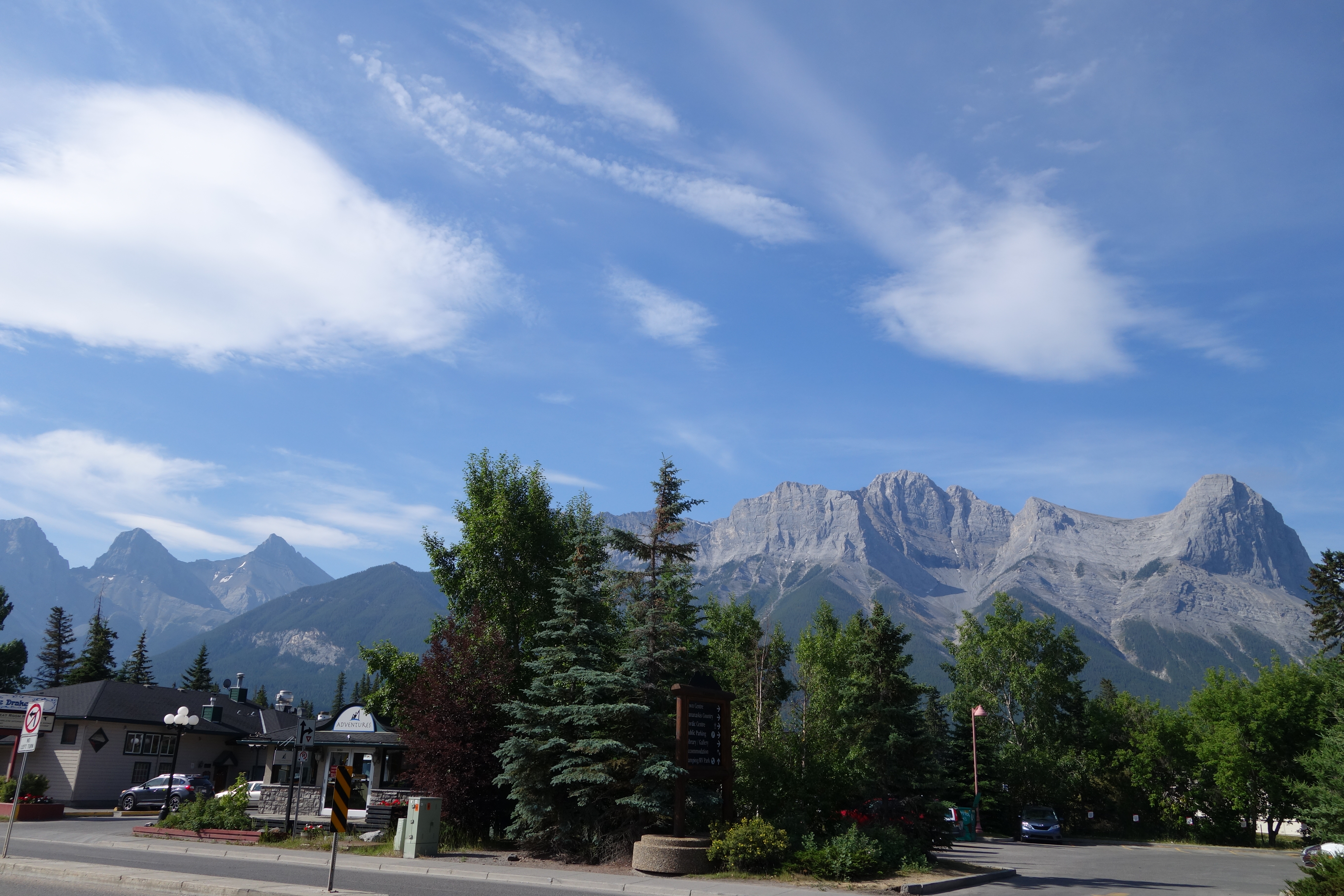 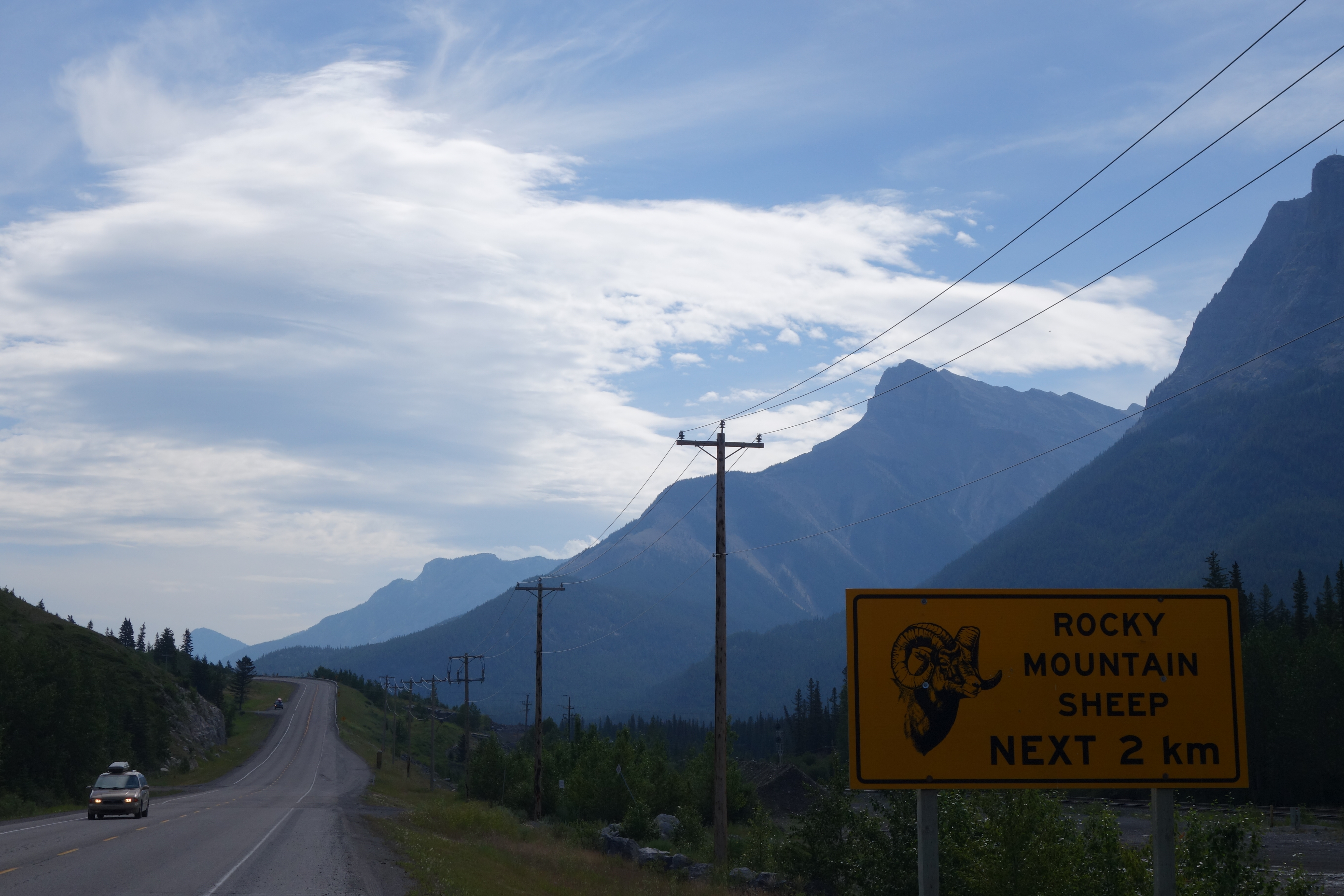 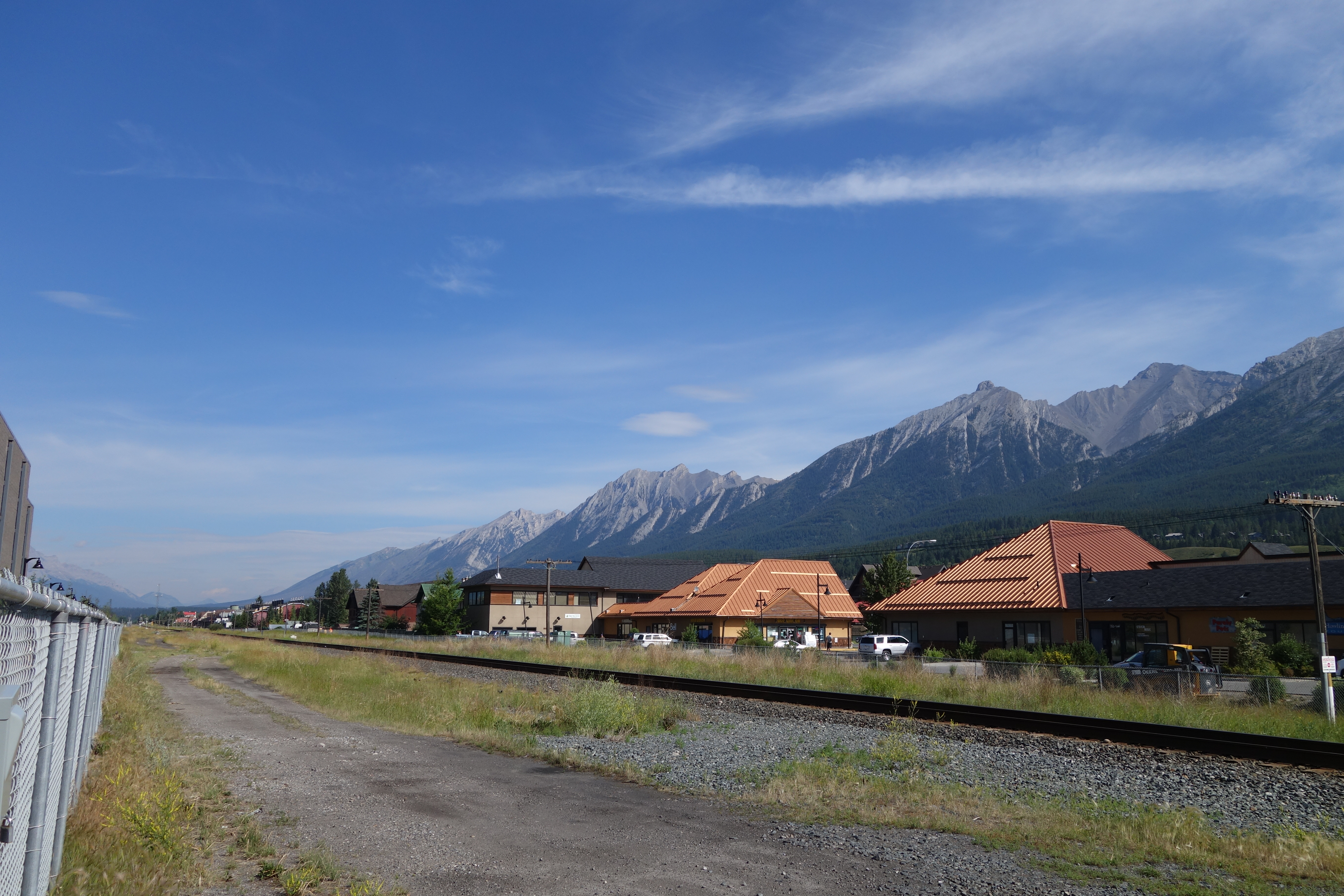 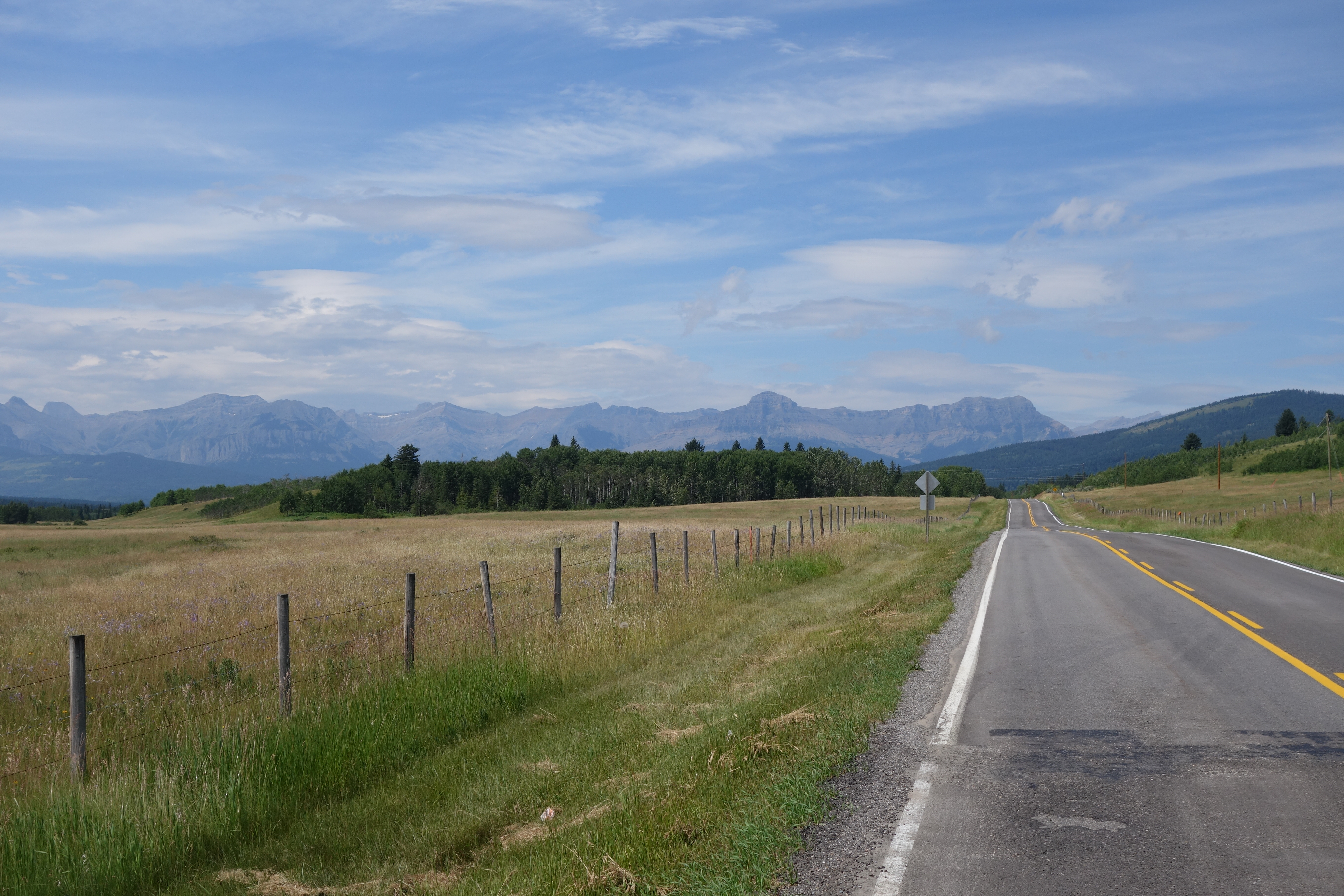 This day marked my last in the mountains and as the day progressed the terrain changed from the mountains I have become accustomed to for the past couple of months, to the relative flatness and tailwinds of the Prairies.
On to Calgary....

Part 1: "You are going across the prairies?! Why? All you will ever see is fields of wheat!" Well the RV driver in the car park was right I did see wheat. Lots and lots of it. But I travel by bike.

I'm not great with numbers. I have always struggled with even the most basic of Mathematics. I don't keep daily records of statistics, facts and figures of my ride. Distances, elevations, times, averages speeds etc... It doesn't interest me for the most part. I