Pisa.
After 18 days of travelling, my final destination.
I'm now relaxing in the flat of my friend and enjoying the comforts of civilisation again.
But getting here through over the past few days has been a tough challenge.

Arriving in Milano to bright sunshine, I went directly to the hostel.
For such a big and famous city like Milan you would expect a cool, stylish if slightly overpriced hostel experience.
What greeted me was a run down borstal.
Graffiti, broken doors, unlockable lockers. Filthy bathrooms but with the stench of bleach and chemicals and the following morning, a less than mediocre breakfast.
I didn't sleep well either.
When I arrived, the whole hostel appeared deserted. Not a single occupant other than myself.
I slept early, but was woken several times in the night by different occupants returning to their beds.
Two of the six in the dorm room where huge fat men, who, slightly drunk started arguing about who had taken whose bunk bed.
Argument settled eventually, they both fell asleep fast and began snoring so loud the frame of my bed began to vibrate!
Needless to say, I awoke the next day exhausted and not in the mood for cycling.
I packed up and after riding in Milano rush hour for 5 minutes, I spent the next hour or so walking across the city to its southern exit.
This place is a nightmare for cyclists.
I strongly urge you to avoid it on a bicycle.
I have plenty of experience of city riding, but I had never experienced anything like this.
About half way across the city, the skies opened, and the rain began that was to last the next 85 kilometres.
Tired and wet, I was forced along the main road from Milano to Piacenza.
Not a pleasant days ride.
I don't have any photos of this day, as I just kept riding.
Imagine very wet grey day, thunderstorms, drab wet fields, unexciting industrial scenery and big lorries driving too close to a cold wet miserable cyclist.
Then imagine it worse!

Arriving in Piacenza in the evening, I went to the tourist information office where a very friendly and helpful assistant phoned around and found me a B&B for the night. I was told there were no campsites in the area.
Though I am certain she wasn't too happy about the puddle of water I left behind, she smiled politely and sent me on my way, pointing me in the right direction.
Angela's B&B comes highly recommended.
Warm, friendly, comfortable and reasonably priced. And just a few minutes walk from the central plaza.
I had my clothes washed and dried for free and later found a restaurant serving horse steaks amongst other things...
I'll leave that to your imagination. 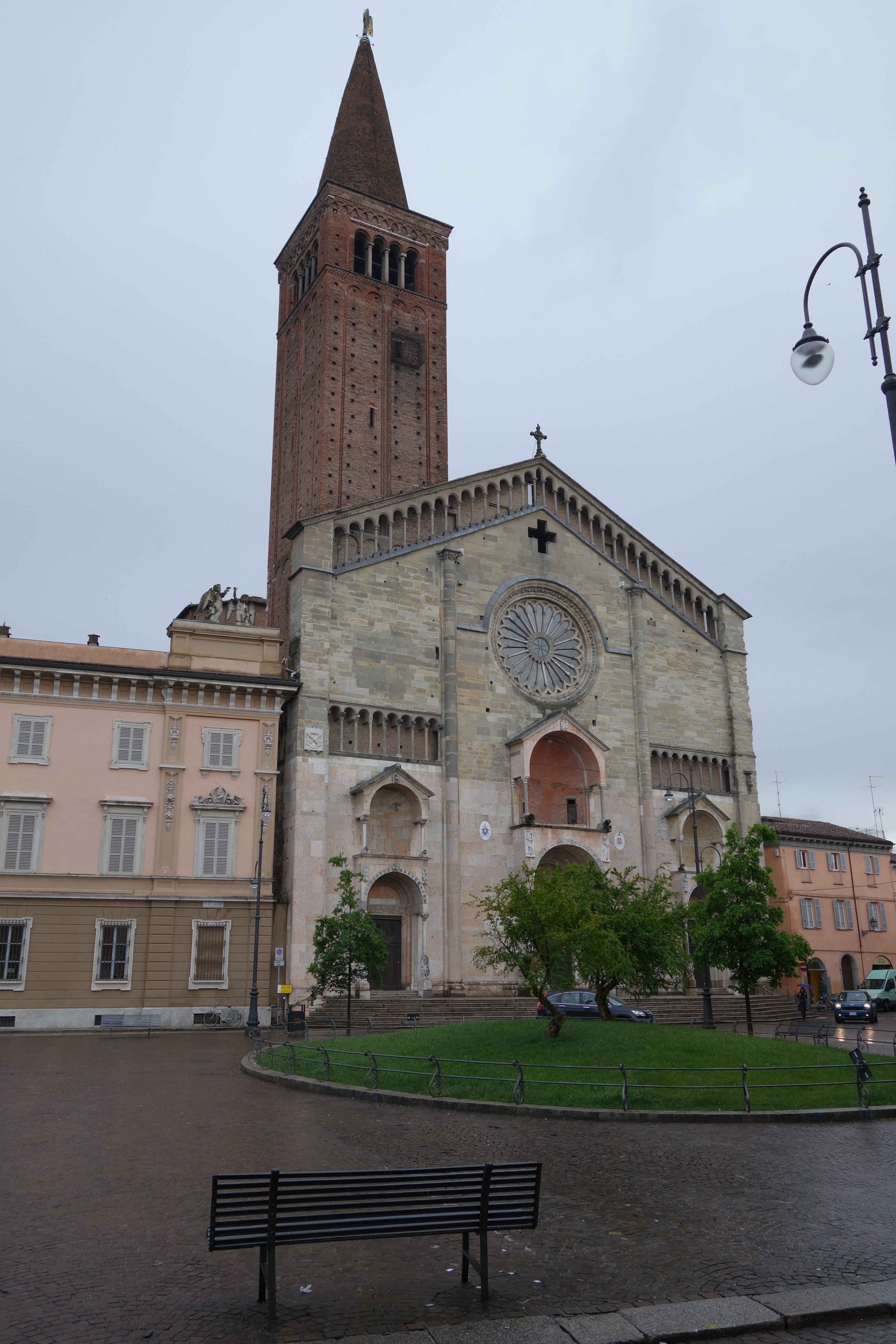 The following morning, I was given a hearty breakfast and a packed lunch by Angela.
The weather cleared up and I had 90 km in front of me. Cool and clear now, I could see the Appenine mountains in front of me.
My GPS navigated me through the low foot hills and along some muddy farm tracks. Not a great start, but eventually back on quiet roads I started climbing the big hills. 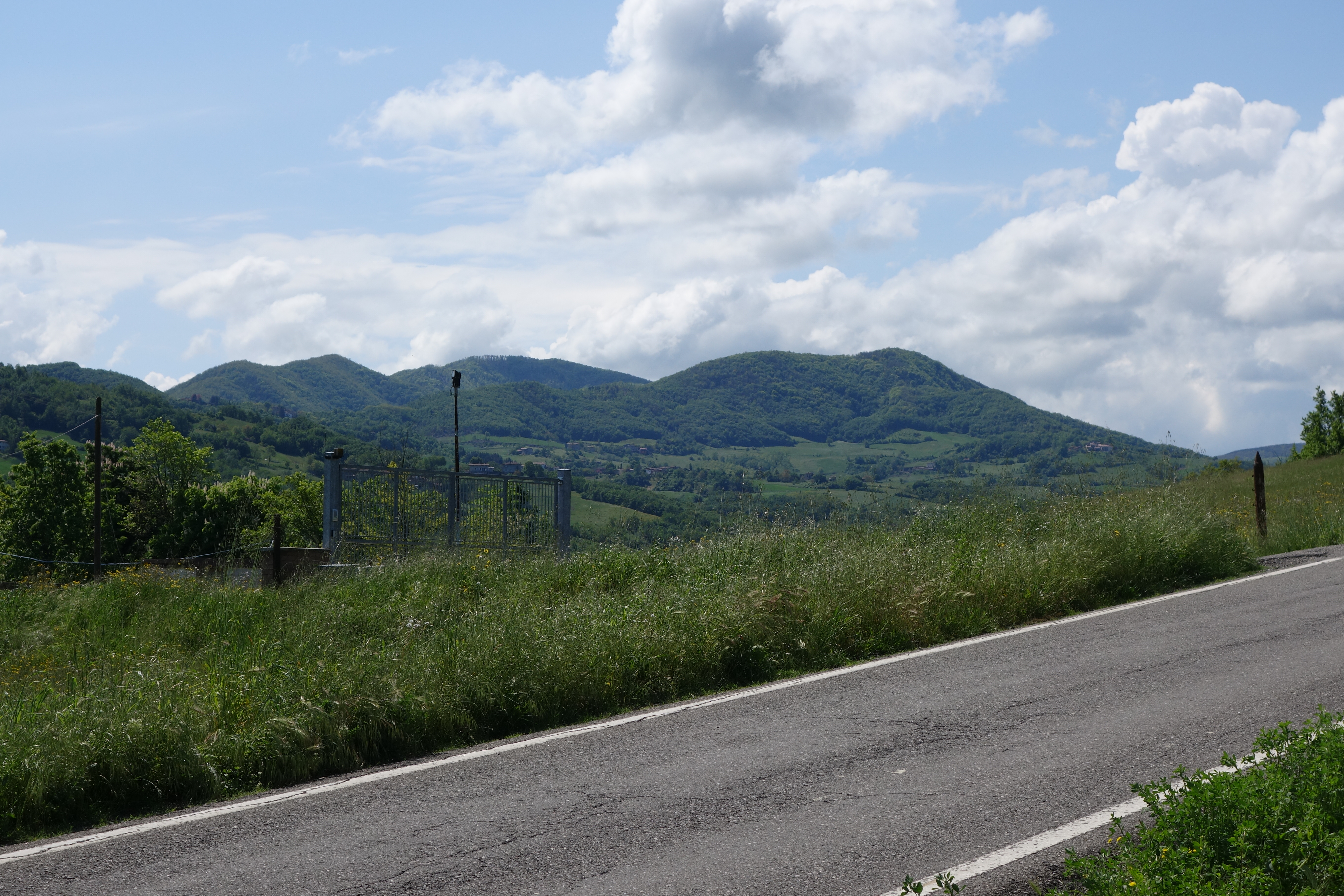 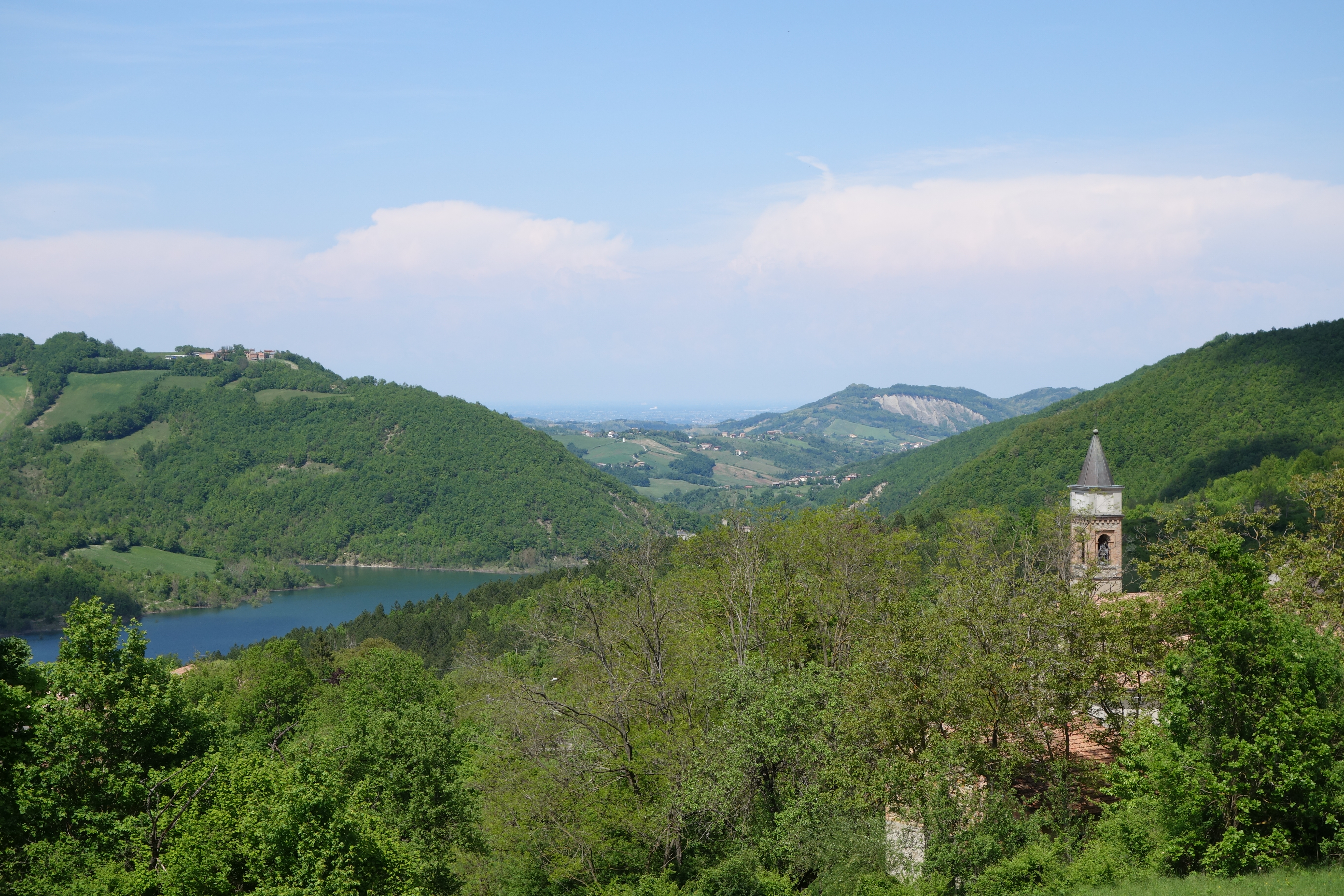 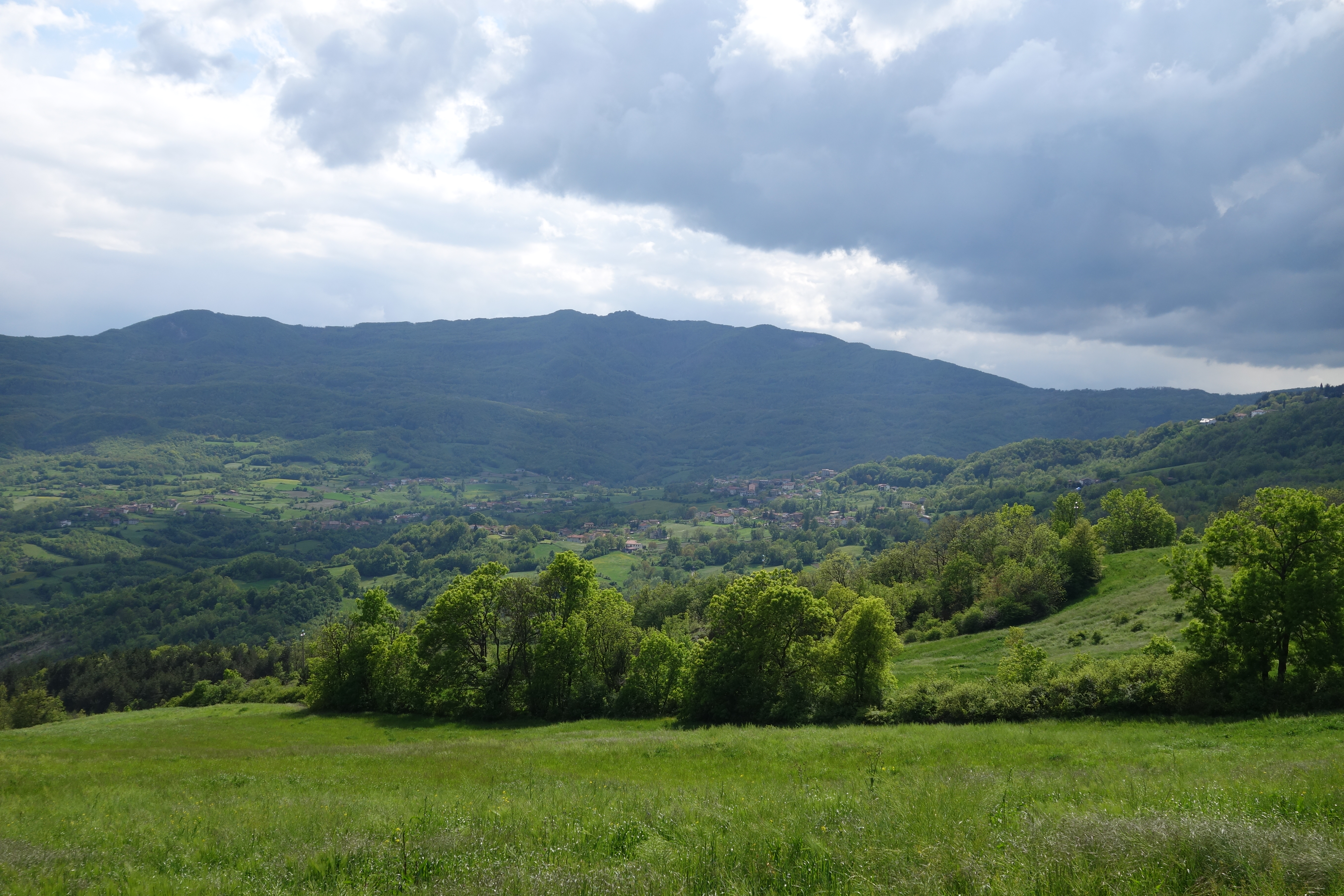 Then the rain came again.
Hills followed fast descents and more hills.
Eventually arriving at Varsi and the campsite I expected was a further 15 km up a rough mountain track!
Not keen on a trek up a mountain after another long wet day, I stopped in a bar and started asking about hotels in the area. Google maps only showed one I passed an hour before.
After a few minutes trying to explain to the the bar staff, I was taken to a B&B a few doors away from the bar. Down a dark dusty side street
though not advertised, the owner showed me a full and fairly modern apartment.

"Here we are in the lounge. Big TV. All the channels, lots of space.

How much, I immediately asked? (Definitely out of my budget!)

Oh, look at the kitchen it's big too.
There is food in the fridge and freezer.
Help yourself. Fruit here, bread here, coffee here.
Anything you want...

Yes, but how much?
You have 2 bedrooms. Choose either one...

Nice, but how much?

Ah, the power shower has very hot water, be careful and you can use the washing machine....

Now nervous. How much is the room please?

Ah, wait. Let me turn on the heating its a little cold....
You can lock your bike the garage round the back. It will be safe here...
Do you like it? Here is the key to the door and the garage.
I'll bring breakfast at what time....?

As I unpacked, another thunderstorm began its symphony outside.

The following morning another huge breakfast and a packed lunch included.
The rain started quickly, and I managed to get soaked fast and stay wet for the rest of the day.
Motivation to keep moving, as I was getting cold.
Several hours of climbing I arrived at Passo Collo at 1000 metres. Then followed a long wet descent through a thunderstorm. I stopped at a roadside restaurant where the owner insisted on moving a table directly in front of the fire for me, then gave me a huge plate of the best pasta I have ever eaten. 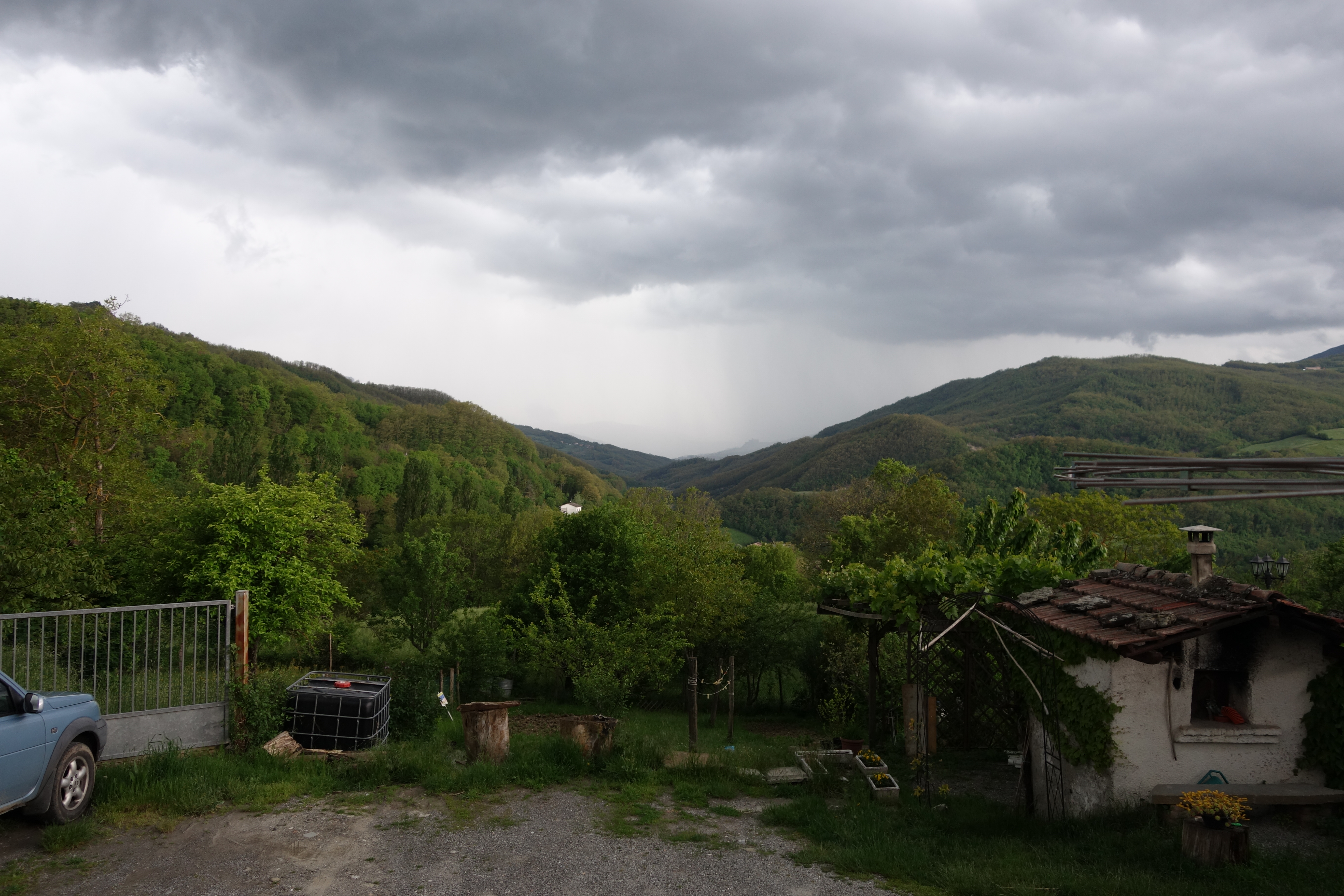 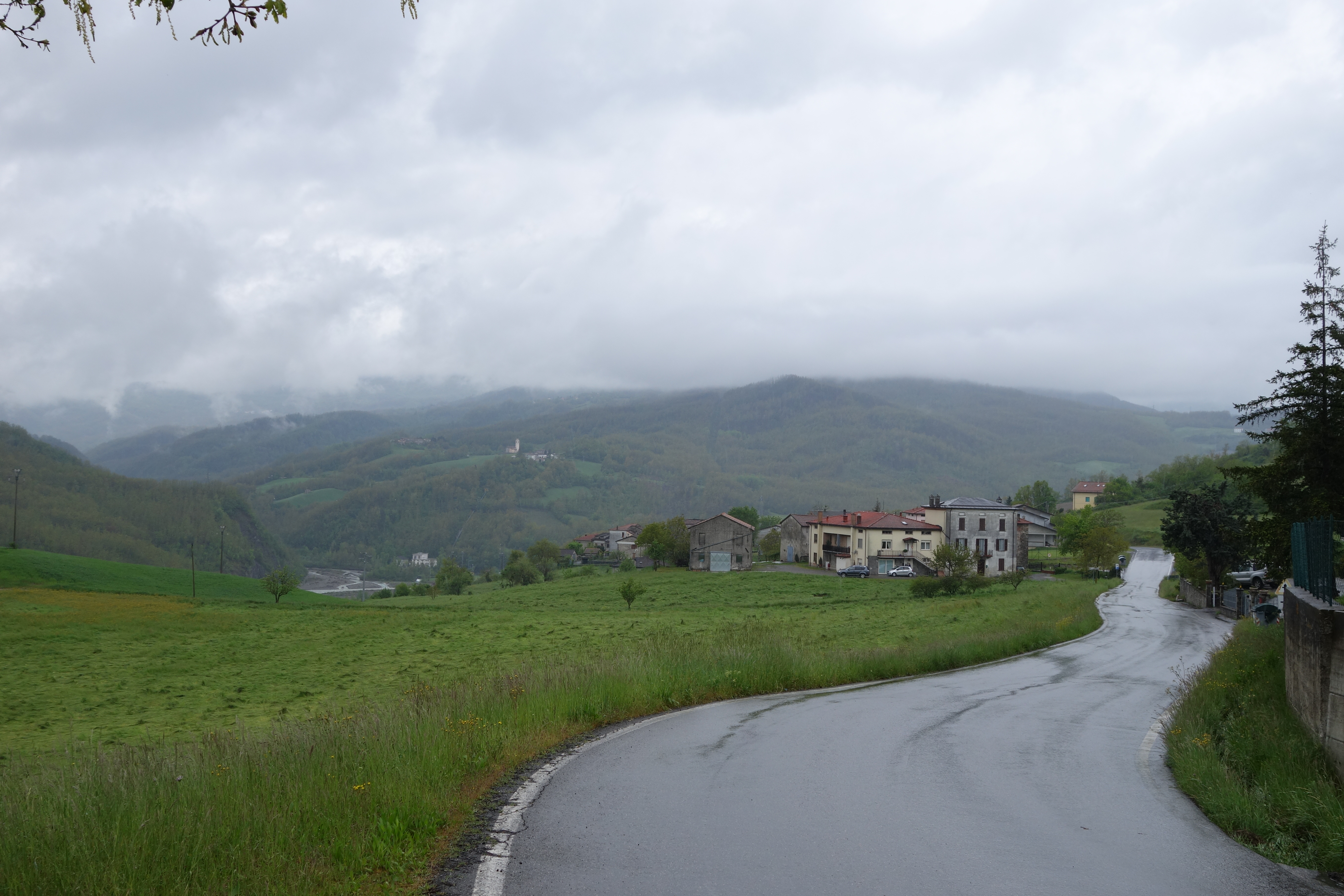 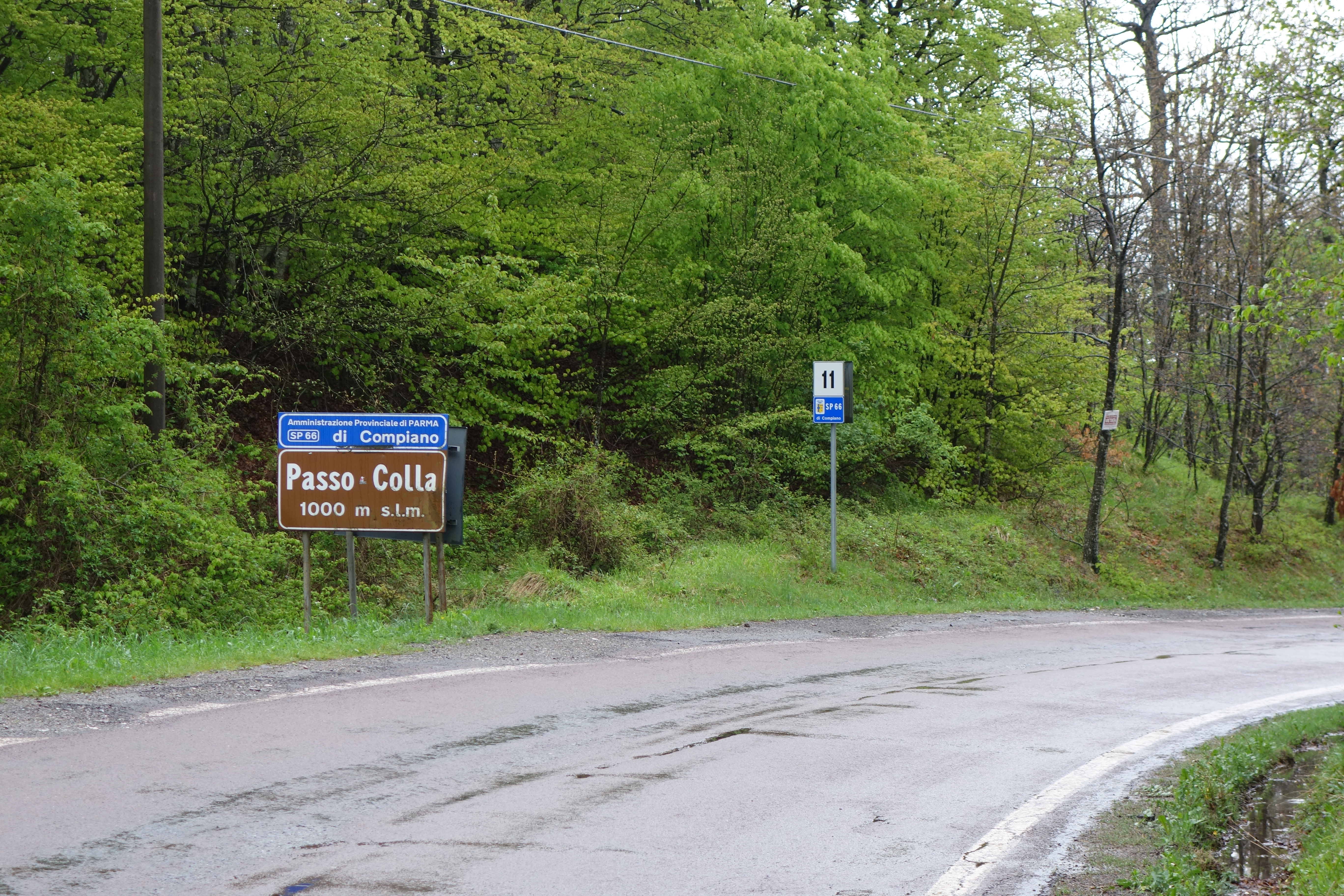 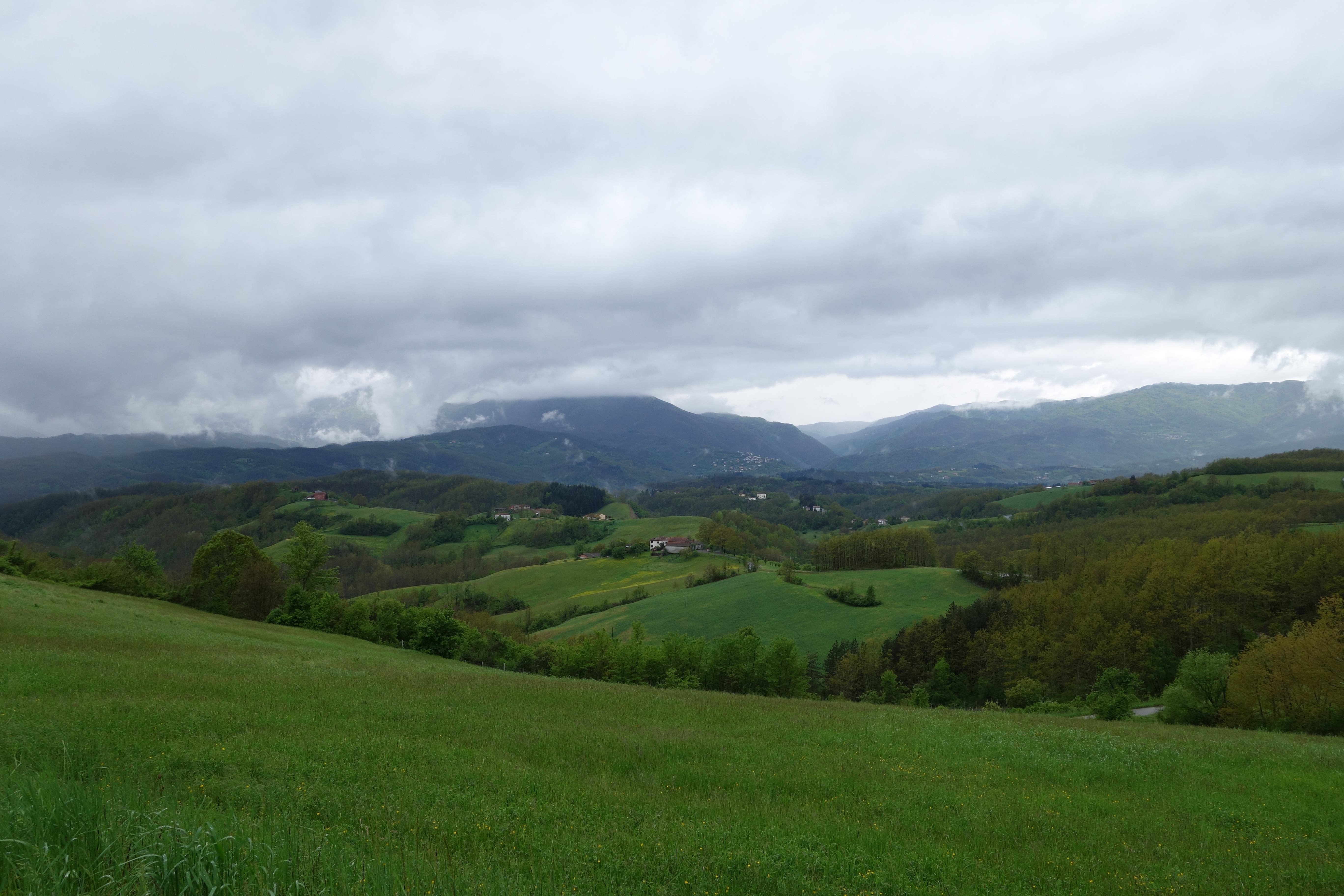 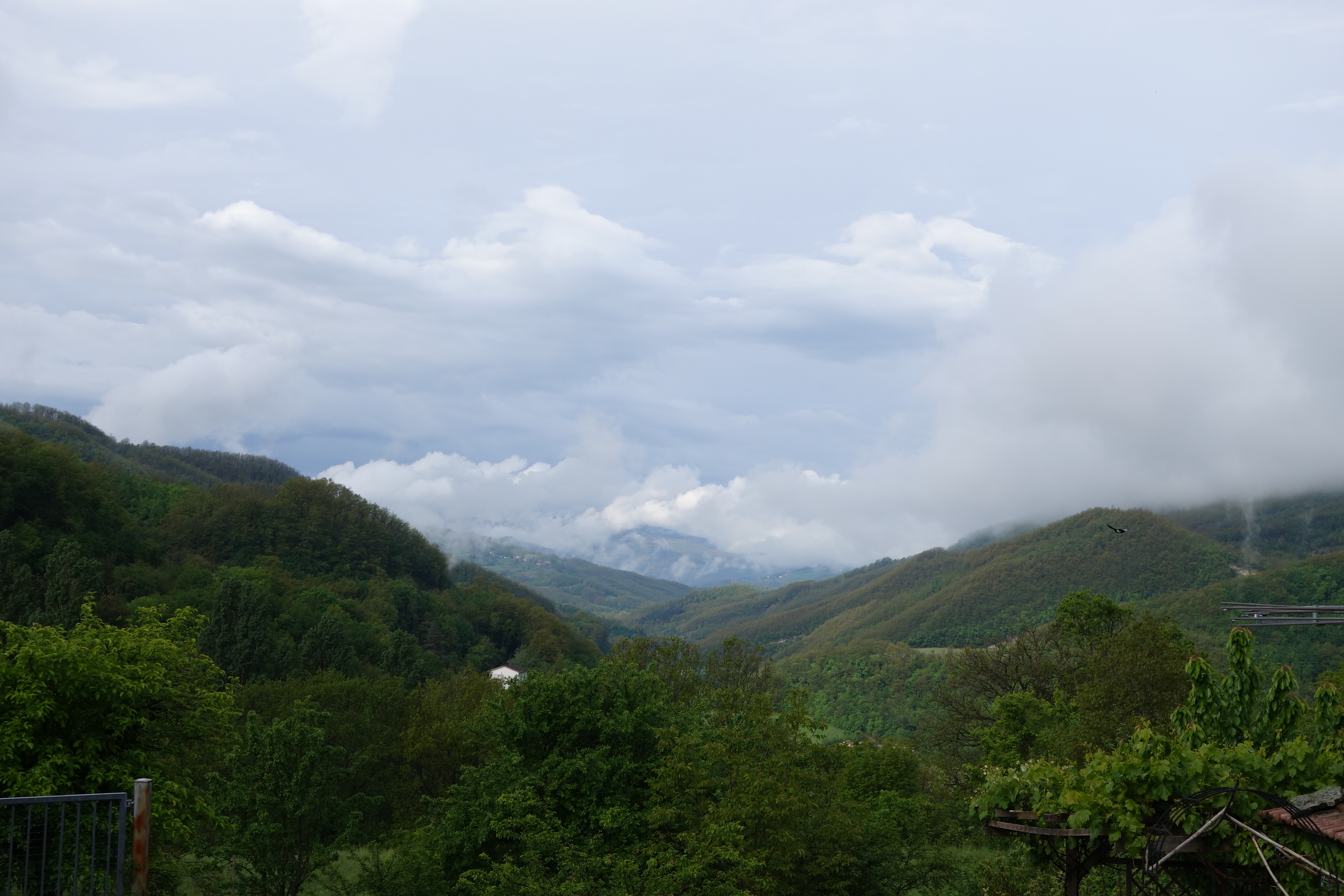 I stayed there for over an hour then continued on to La Spezia on the Mediterranean coast.
It's a horrible little former port town, with many of it now neglected port buildings and businesses now pushed aside as the modern port out of town takes all the trade. It has a very sleazy feel to the city and I headed the final 12 km south to camp at Lerici. 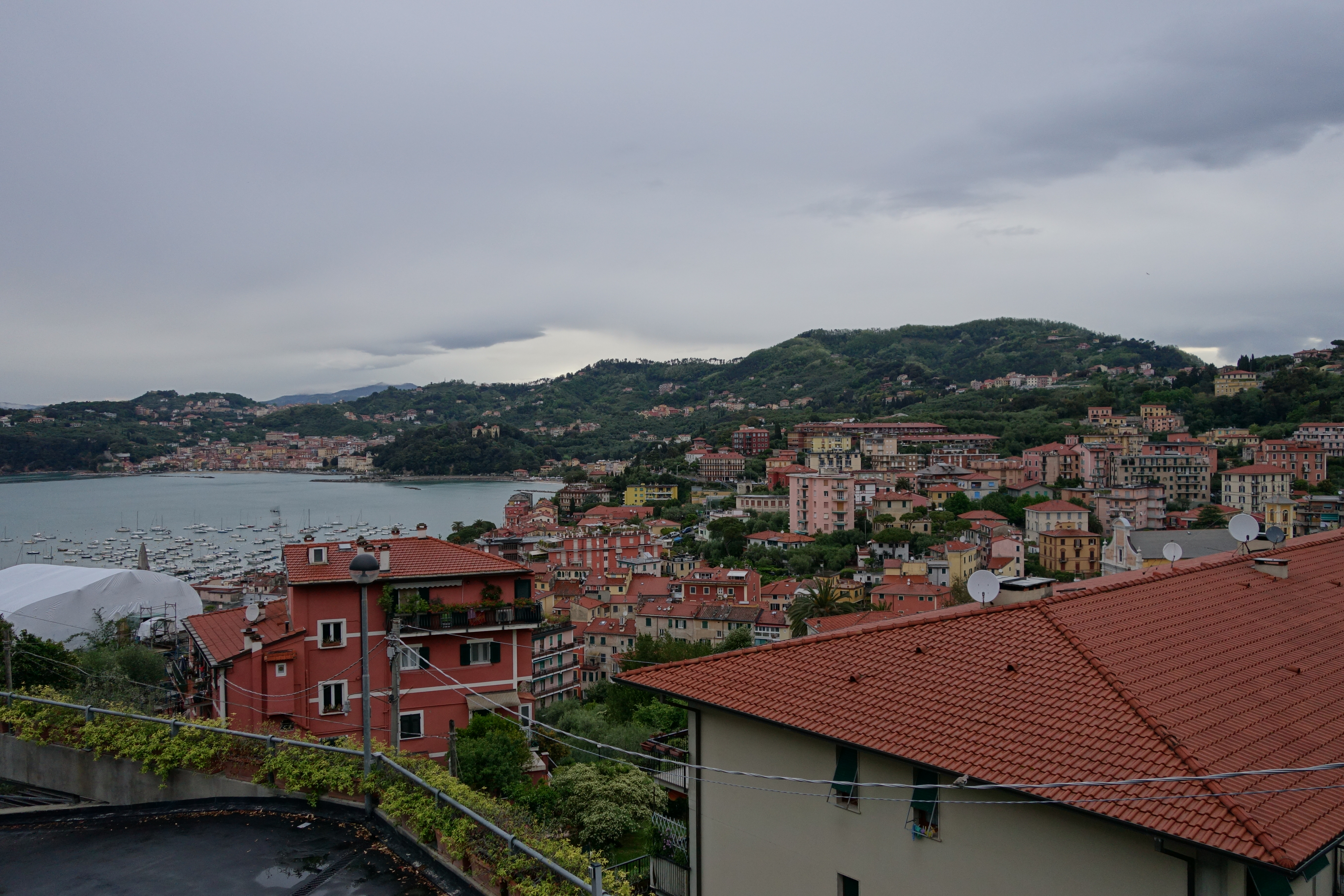 I had a fantastic sea view, but the overpriced pitch was on mud, made slick by the rain all day.
Completely exhausted I set up my tent next to my neighbour, Christopher from Chile.
He was on a tour from Barcelona to Rome, then back up through Europe.
We shared a few quick stories, and as we were both riding to Pisa the following day, decided to ride together.

My final day started with a big climb on very tired legs. But once inland a short way, the terrain became flat and a tailwind pushed us along for the majority of the way to Pisa. The sun came out as I saw the famous tower on the horizon. And the wind pushed us finally into the city.

So here I am. Pisa.
My "training" shakedown ride done. 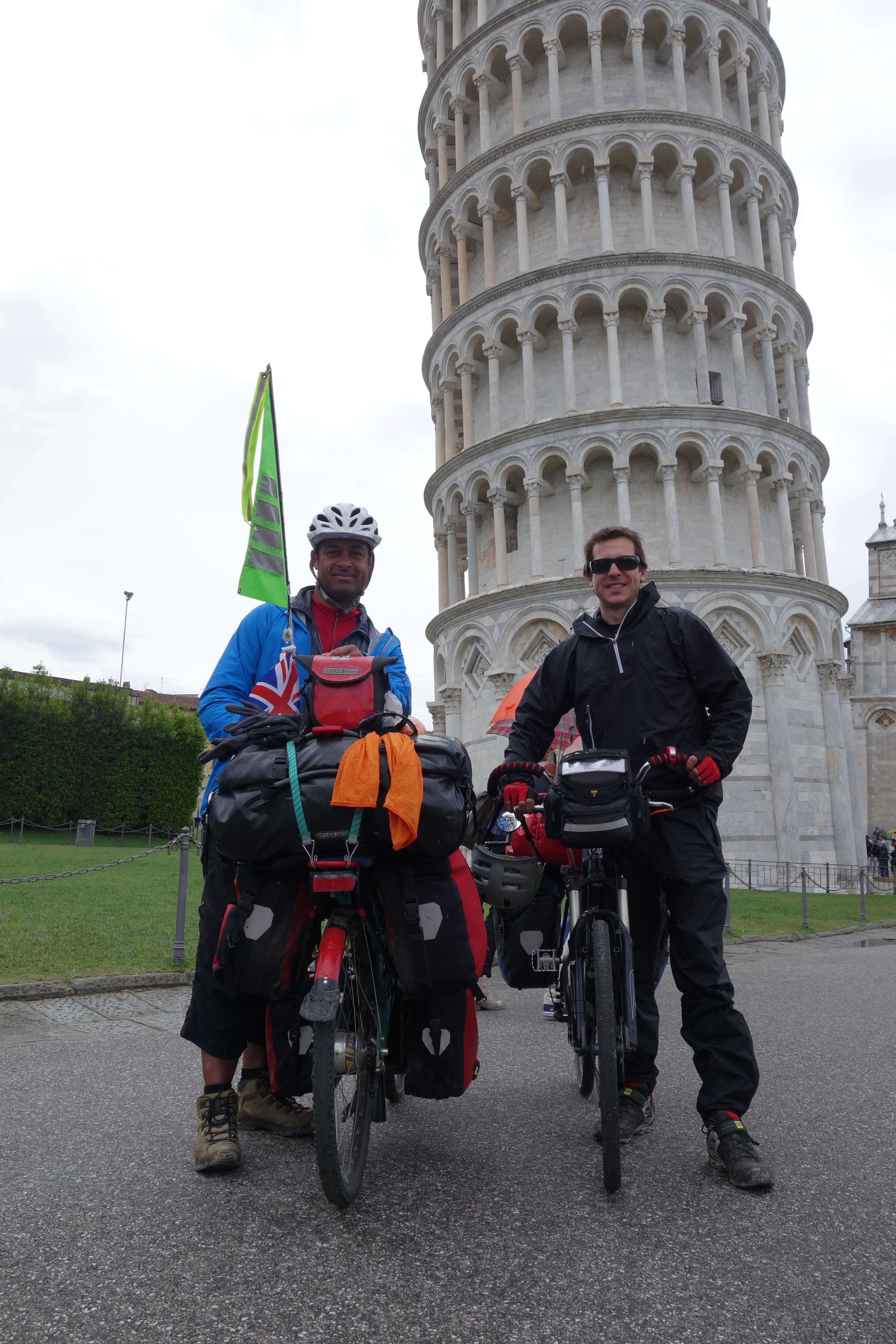 I am pleased I have completed this phase, even if it wasn't possible to ride all the Alps and I had to jump ahead by train.
My bike, equipment and accessories all worked faultlessly for the most part.
I have a short list of repairs, revisions and alterations.
But nothing major.

Now I will spend a few more days enjoying time in Pisa with friends then back to Leeds and the final preparations before Alaska. 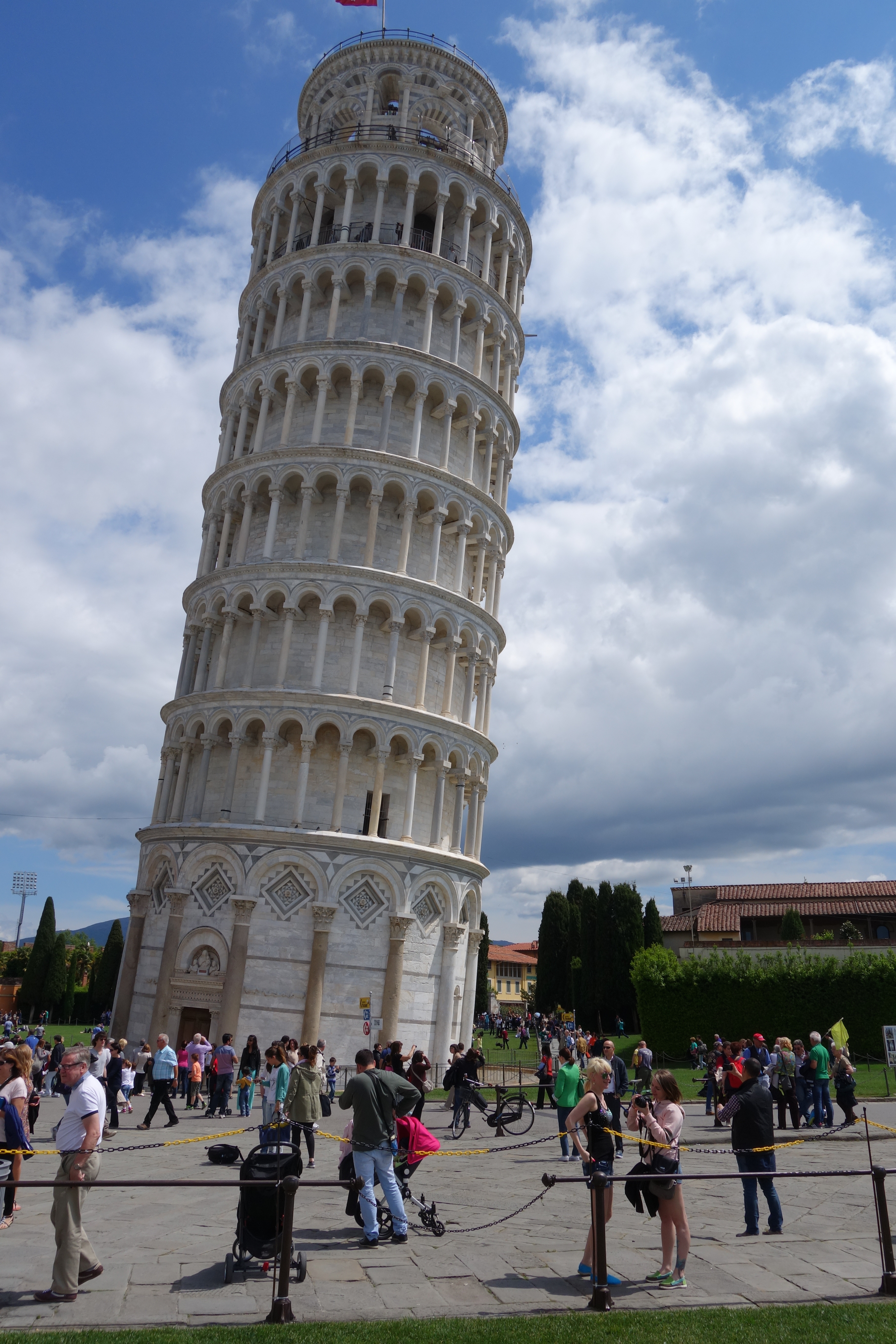 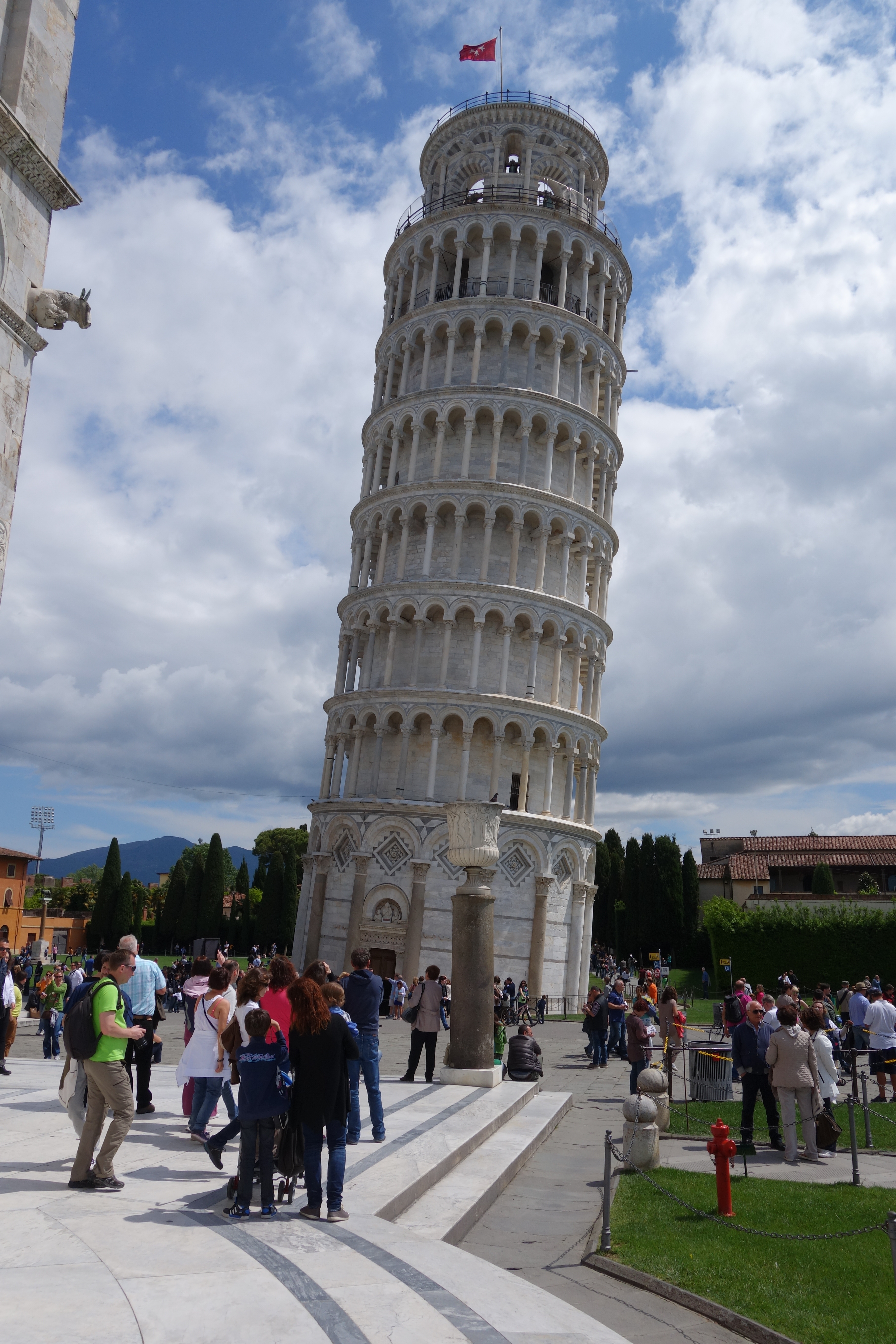 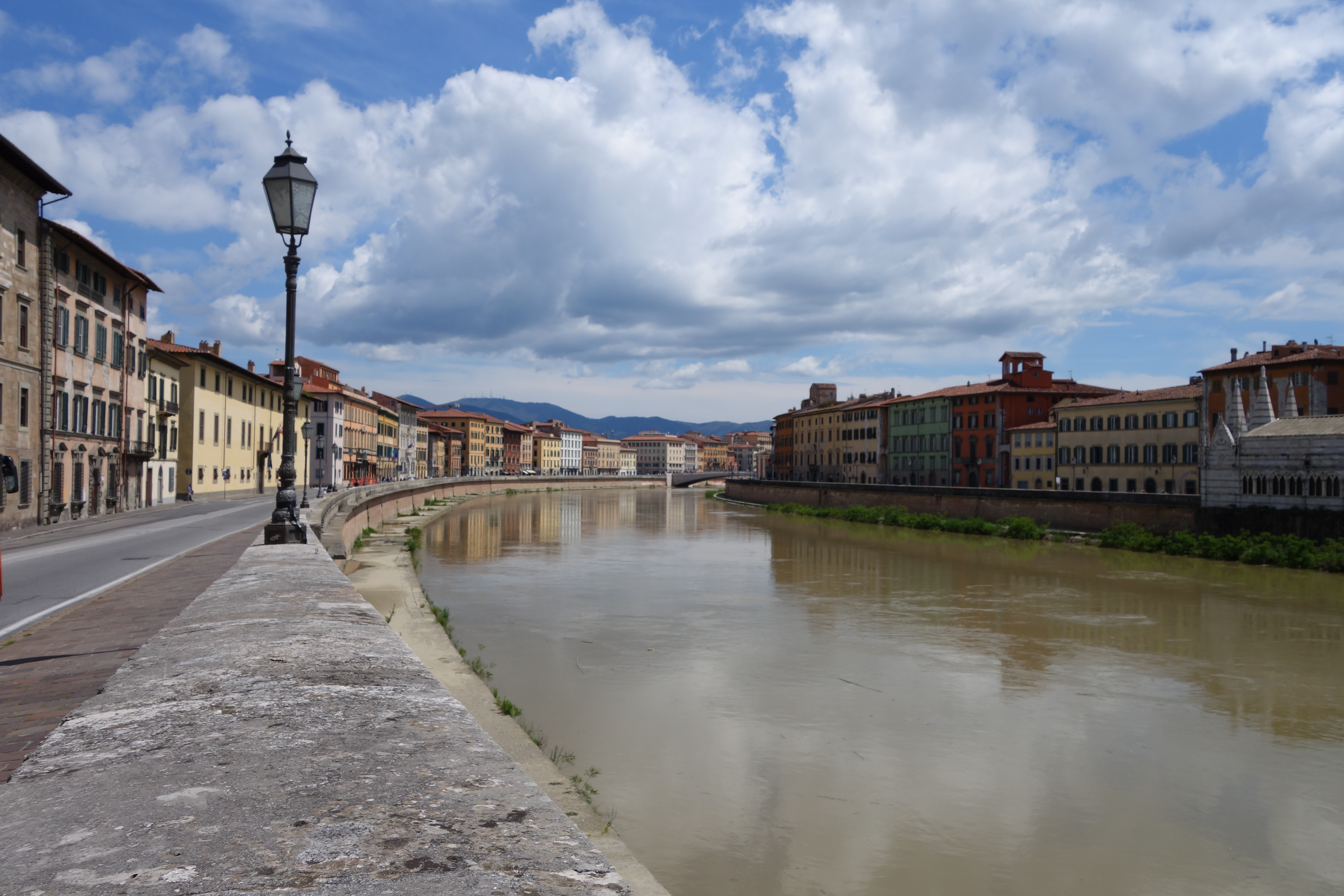 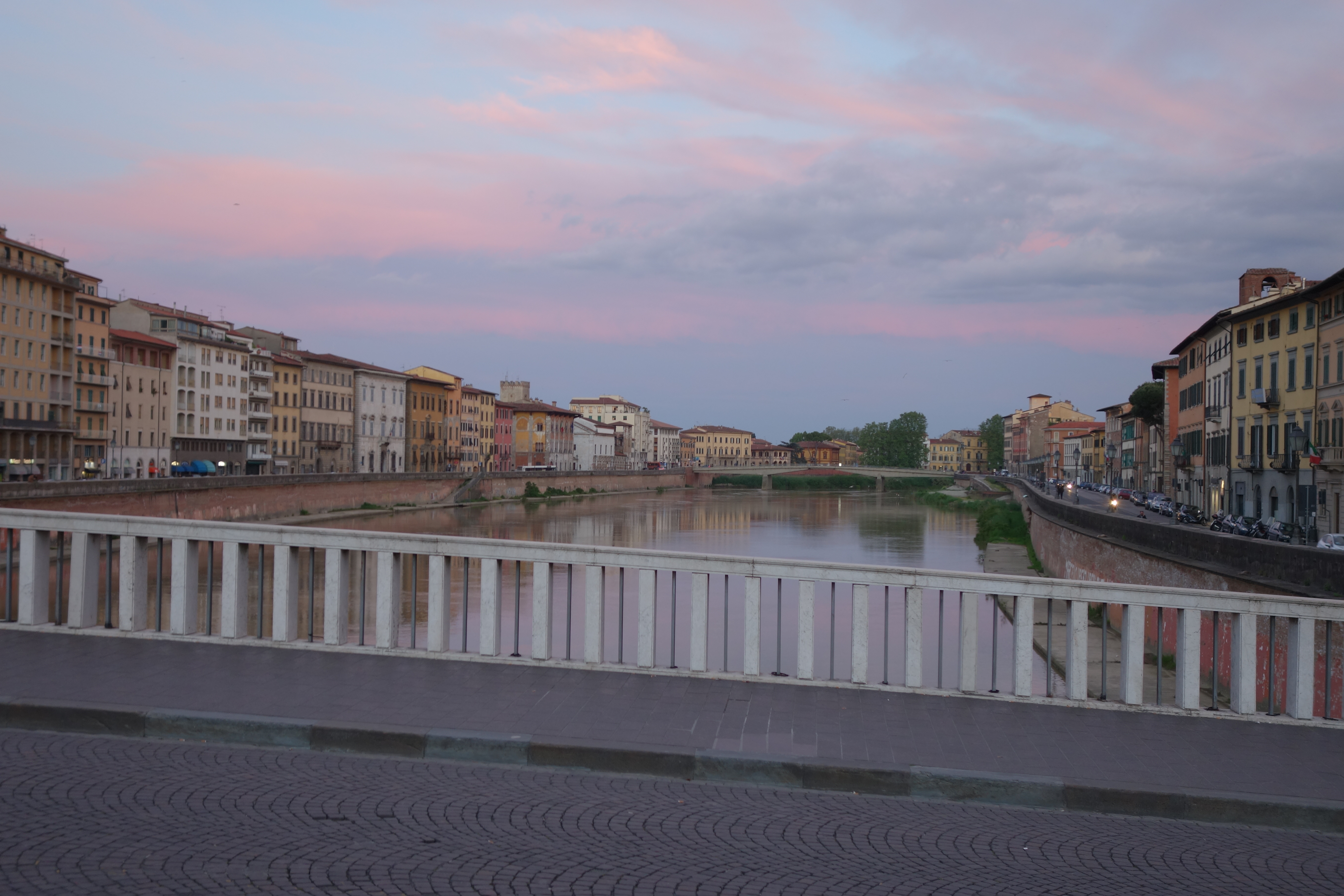 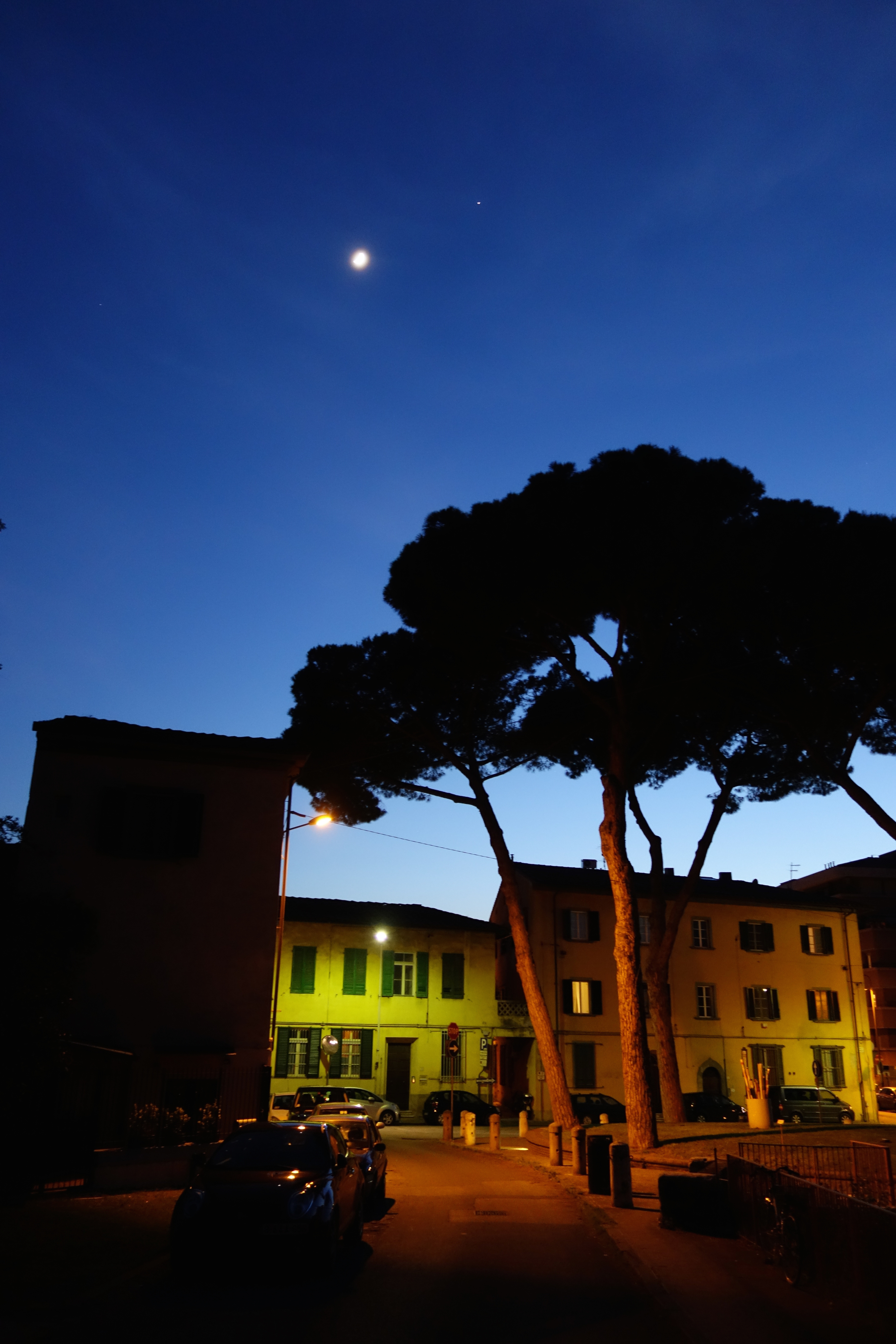 My little countdown clock says: 16 days left before my flight to Anchorage.

It has come round very quickly...